Rana Daggubati and Miheeka Bajaj are officially engaged, see pics of the ceremony 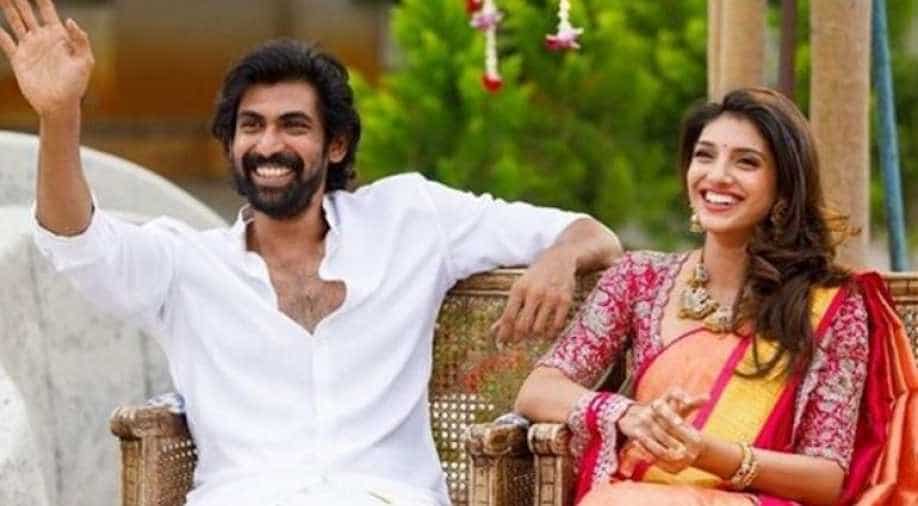 Just a week ago, Rana revealed in a tweet that he proposed to Miheeka, an interior designer, and "she said yes".

It's official now! Telugu star Rana Daggubati got engaged to girlfriend Miheeka Bajaj in an intimate ceremony on Thursday morning.

The actor took to Instagram to share a picture of the happy couple. "And it's official", Rana captioned the image. Miheeka looked radiant in an orange and pink saree while Rana wore a white shirt and traditional mundu for the occasion.

Miheeka too shared a few photos of the engagement ceremony. "My happy place" she wrote as a caption for one of the images.

To the beginning of forever 💕 @ranadaggubati

Just a week ago, Rana revealed in a tweet that he proposed to Miheeka, an interior designer, and "she said yes". The post went viral and fans were curious to know who Miheeka was. Read more about her here

An interior designer from Hyderabad, Miheeka runs her decor business. She is close friends with actress Sonam Kapoor and her sister Rhea. Sonam had also extended her wishes last week to the couple and welcomed Rana to "the family".

The families of the two are now planning a wedding which, producer Suresh Babu, Rana's father, has confirmed will take place by December 2020.

"The wedding will happen this year. We were thinking of having it around December but it could happen even sooner than that too. We will reveal the details once things are finalised. One thing's for sure, the kids have given us a nice way to enhance our lockdown productivity. We'll now be busy planning a wedding," Suresh Babu told a daily last week.