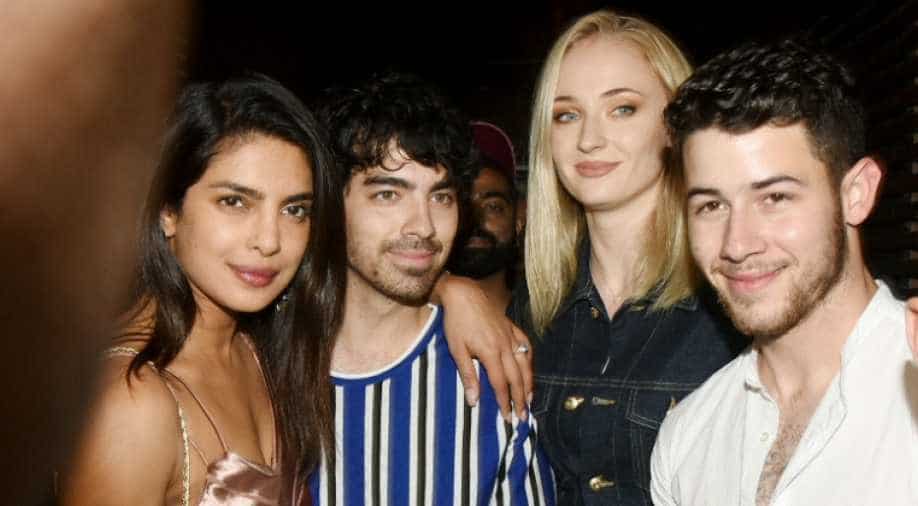 The pre-wedding dinner also had Parineeti Chopra and Alia Bhatt in attendance.

The celebrations have begun for Priyanka Chopra and Nick Jonas! As the couple gear up to tie the knot on 2nd December in Jodhpur, preparations are in full swing. On Monday evening, Nick's brother Joe Jonas arrived in Mumbai with his fiance, 'Game Of Thrones' star Sophie Turner. The couple later went to a suburban restaurant along with the bride and groom for dinner.

Priyanka and Nick arrived at the restaurant with Joe and Sophie. Needless to say, as the two couples stepped out of the car, they were mobbed by the paparazzi. Also see: Priyanka Chopra's Mumbai home decked up for wedding with Nick Jonas

The excited groom shared a group photo of the dinner party on his Insta story.

Pre-wedding functions are likely to begin in Jodhpur from 29th November onwards. (Read details of the gala wedding here) The couple will have two ceremonies, one Hindu ceremony on 2nd December and a Christian wedding the next day. The rest of the Jonas clan are likely to arrive in India in the coming days.

The couple will host two receptions- one in Delhi and then later in Mumbai. The dates of the receptions are not known yet.