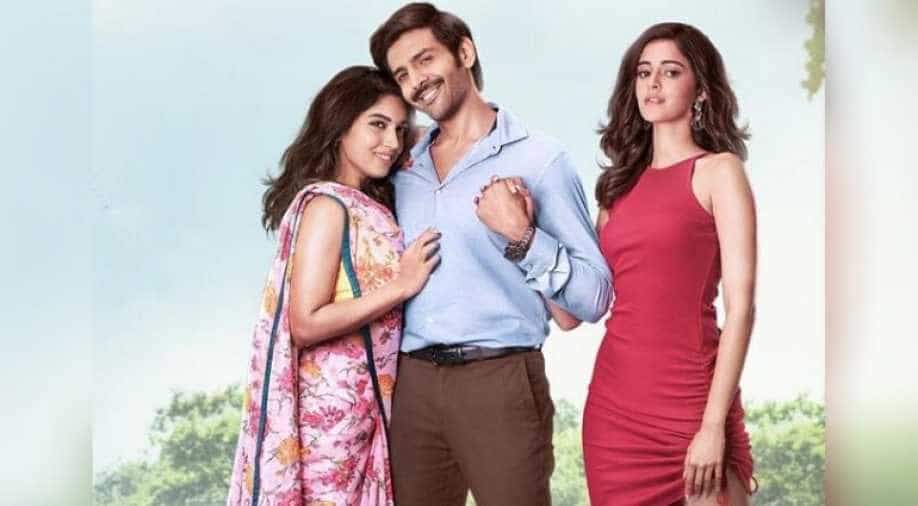 The upcoming drama is a remake of the 1978 film of the same name and also features Aparshakti Khurrana in a pivotal role.

After making fans groove to the tunes of 'Dheeme Dheeme' and  'Ankhiyon Se Goli Maare', makers of 'Pati, Patni Aur Who' on Tuesday dropped a romantic melody 'Tu Hi Yaar Mera' which will surely melt your heart.

Set on a piece of light music, the song weaves a beautiful bond and chemistry of a husband and wife played Kartik Aaryan and Bhumi Pednekar as they step into their married life.

However, soon enters Ananya Panday in the leading man's life. While he is seen trying to maintain a balance between the two, the music will soothe your ears with pleasant music.

Earlier this week, the soulful number 'Dilbar' from the film was dropped which featured Kartik in a melancholy state. The upcoming drama is a remake of the 1978 film of the same name and also features Aparshakti Khurrana in a pivotal role.

The Mudassar Aziz directorial is produced by Bhushan Kumar, Renu Ravi Chopra, and Krishan Kumar and is to release on December 6.

Also see: From 'Bala' to 'Dabangg 3': Bollywood's big releases in the next two months