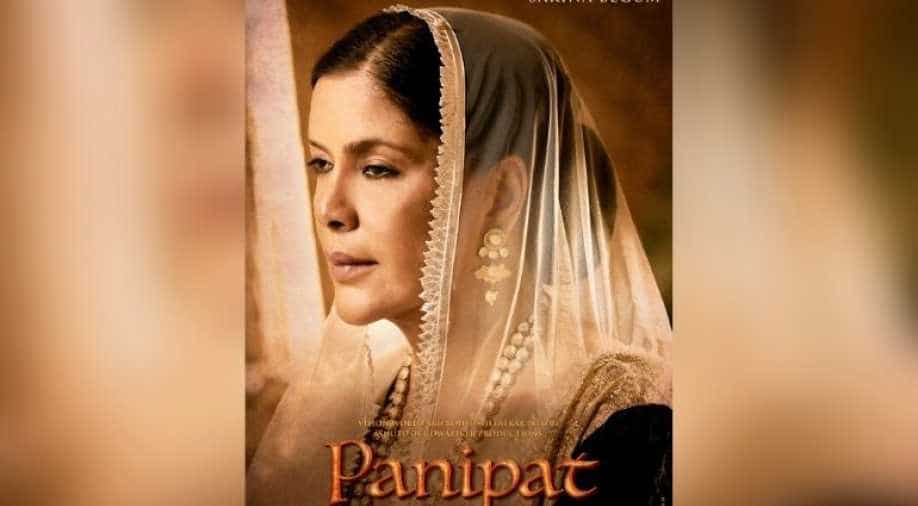 Veteran star Zeenat Aman, the iconic star can be seen donning heavy traditional jewelry along with a bun.

"Sakina Begum - Friends can be found in the darkest of places," he captioned the picture. Apart from the 'Dum Maro Dum' fame star, Arjun also shared the first look poster of another veteran star Padmini Kolhapure who will be seen playing the role of Gopika Bai.

In the poster, clad in traditional Maharashtrian attire with heavy jewelry, the actor is looking regal and charming. Padmini is set to return to the silver screen after a hiatus of six years as her last outing was Shahid Kapoor's mother in 'Phata Poster Nikla Hero' in 2013.

Earlier, the '2 States' actor had also shared the character poster of the entire ensemble star-cast of the film. Arjun aced the look of a fierce warrior with headgear and armor as he unveiled his first character poster from the upcoming historical drama. The actor who underwent a drastic physical transformation will be seen playing the role of Maratha warrior Sadashiv Rao Bhau.

Kriti Sanon who is still basking in the success of her latest release 'Housefull 4' will be seen playing the role of a queen named 'Parvati'. Sanjay Dutt will be the antagonist who will play the role of a fierce battle warrior Ahmad Shah Abdali.

The historical drama produced and directed by Ashutosh Gowariker is slated to release on December 6.