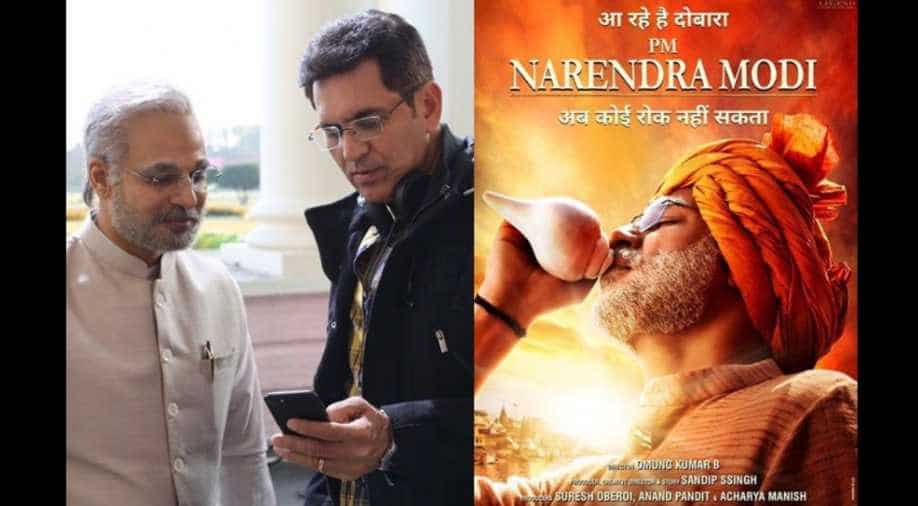 The meme, a take on the 2019 Lok Sabha election, the results of which will be declared on Thursday, was called "crass" and "distasteful".

The joke may have gone too far, Kumar told a news agency ahead of the release of the biopic in which Oberoi plays Modi.

Oberoi was under attack for sharing a meme on Aishwarya with three panels, one with him, another with Salman Khan and a third with her husband Abhishek and daughter Aaradhya on Twitter on Monday. Vivek apologised for it.

"Haha! creative! No politics here... Just life," Oberoi captioned the photo and credited the Twitter account that shared it.

The meme, a take on the 2019 Lok Sabha election, the results of which will be declared on Thursday, was called "crass" and "distasteful".

"Maybe the joke had gone too far. He has removed it as maybe he did not mean it. He has done so much good work for women on his own, through NGOs. Maybe he thought there is nothing wrong in it and laughed at his own joke. But he went the wrong way. Now he has taken off the comment and apologised," Kumar said.

Social media was up in arms against Oberoi for the post with names such as Bollywood diva Sonam Kapoor and Urmila Matondkar, who is the Congress candidate from Mumbai North, calling him out for the "classless" tweet.

The National Commission for Women (NCW) sent a notice to the actor, asking him to give an explanation for sharing the "insulting" and "misogynistic" tweet.

Amid sharp criticism, Oberoi pulled down the post on Tuesday morning.

Prior to the meme row, 'PM Narendra Modi' faced multiple hurdles in its journey to the theatres. It was set to release on 11th April but was banned by the Election Commission, which said any film that subserves purpose of any political entity or individual should not be displayed in the electronic media.
Describing the poll body's order as a bit "unfair", Kumar said he is glad the film is now releasing on 24th May, a day after the Lok Sabha votes are counted.

"Filmmaking is creativity and you cannot stop creativity. Both the Supreme Court and the Censor Board had said okay to it but at the last minute, things changed. We felt it was unfair. Everything was removed from the market. This shouldn't have been done. That was too much," he added. The film was a "soft target" during the poll season and its delays resulted in a financial loss to the makers, Kumar said.

"I don't know who is going to compensate for that. We take it on the chin and move forward. We were the soft target and we were targeted. Maybe everything happens for the best. Maybe this is the best time to release it."

He reiterated that his film is not a piece of "propaganda" and has been made with the best of intentions.

"My film stands on it own. We have made an honest film, it is not a propaganda film. It is an inspiring story... Of a chaiwala becoming a PM. In the film, I am not running down anyone."