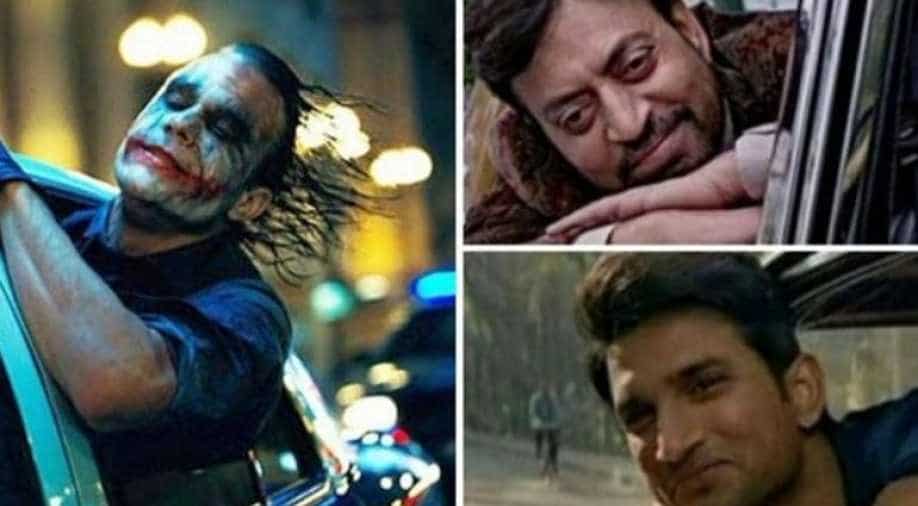 All three leaned on the window of a car as they take in the breeze in the said scene.

Sushant Singh Rajput was found dead at his apartment in his Bandra home in Mumbai on Sunday(June 14). His fans, celebs were all left shocked with the actor's sudden demise.

Soon after, netizens started sharing one particular scene from teh film of Sushant Singh Rajput that was identical to Irrfan Khan and Heath Ledger's last films respectively.

The picture has now gone viral.

Irrfan Khan lost his battle to a rare form of cancer and died in a Mumbai's Kokilaben hospital on April 29, 2020. While Heath Ledger passed away in 2008 due to depression in his Manhattan home. He was 28.

Check out the tweets here:

How coincidental are these two scenes eh? #SushantSinghRajput pic.twitter.com/sfOVU0Sodn

3 Perfectionists,
Last scene of all movies...
Memories are all we are left with... 😔

How coincidental are these two scenes eh? #SushantSinghRajput pic.twitter.com/sfOVU0Sodn