Narendra Modi mentions Twinkle Khanna to Akshay Kumar; the actress has this to say 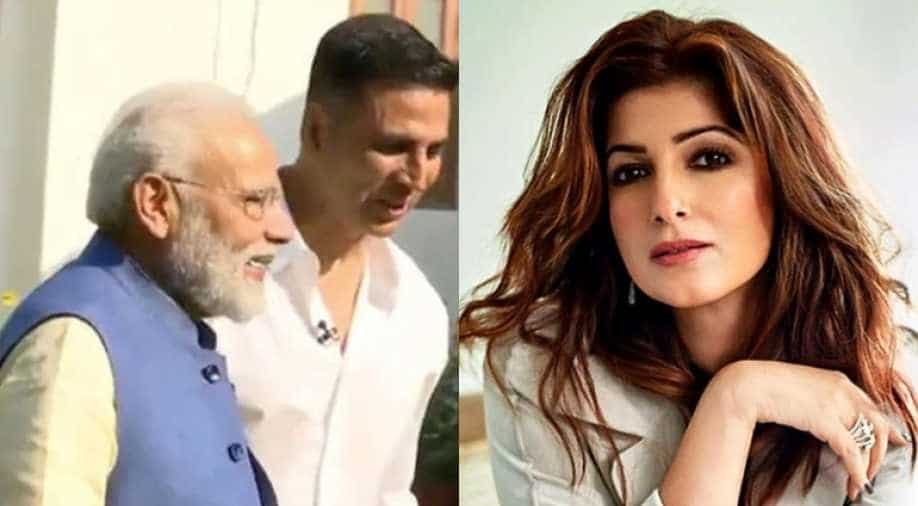 "All her anger must have been spent on me, and so you must be feeling at peace,” Modi told Akshay Kumar during the interview.

Akshay Kumar interviewed Narendra Modi on Wednesday that was watched by the entire nation. In a strictly 'non-political' chat, Kumar asked the Prime Minister about myriad topics, including his lifestyle, his sense of dressing, his friends in the opposition and his keen interest in social media. Perhaps the answer that stumped the actor most was Modi's comment on his wife Twinkle Khanna.

The former actress is now a well-known columnist and author and has been known to be critical about the PM and has expressed the same in many of her columns. Turns out the PM Modi has been following her work.

While mentioning how he followed Kumar and his wife on Twitter, Modi said, "I follow you (Akshay Kumar) and Twinkle Khanna Ji on Twitter. From the way she targets me, I understand there must be peace in your family life," and Akshay Kumar looked bemused. "All her anger must have been spent on me, and so you must be feeling at peace,” he added.

The Prime Minister then went on to share a small incident where he had mat Twinkle Khanna's maternal grandfather, Chunnibhai Kapadia many years back during a fundraiser.

Soon after the interview was aired, Twinkle Khanna took to Twitter to respond to PM's comment. The actress took Modi's observation in her stride and tweeted, "I have a rather positive way of looking at this - Not only is the Prime Minister aware that I exist but he actually reads my work."

I have a rather positive way of looking at this-Not only is the Prime Minister aware that I exist but he actually reads my work :) 🙏 https://t.co/Pkk4tKEVHm

In the interview, Modi opened up about his family life, his childhood spent in Gujarat, and how he had aspired to join the army initially.