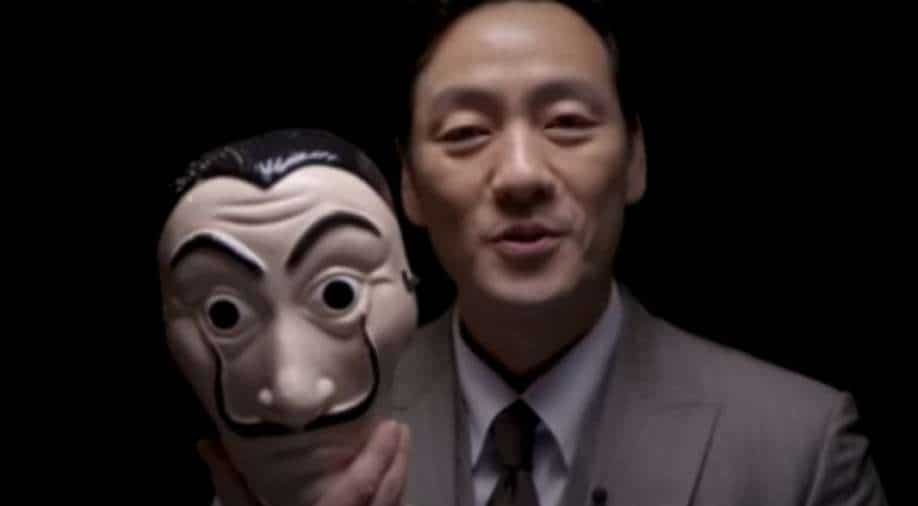 One of the most iconic shows on OTT 'Money Heist' aka 'La Casa De Papel' come to end last year in December.

For all the die-hard fans who missed the professor and his gang, here's some good news for them. One of Netflix's most loved series 'Money Heist' is coming back but in a different version. Yes, the streaming giant is bringing the Spanish drama in a Korean version.

The streaming giant has recently shared the release date of the show titled 'Money Heist: Korea – Joint Economic Area'. The show will start premiering from June 24.

On Friday, the streamer released a new teaser of a much-anticipated show. The short teaser starts off showing the new mask and then shows shots of robbers preparing for the day.

“A robber who steals petty cash either gets killed after being chased or ends up in jail,” the voiceover heard saying.

The new show is directed by Kim Hong-sun, known for directing much-acclaimed Korean dramas 'The Guest', 'Voice' and others.


The series was announced earlier this year along with the star cast of the series. Korean star Yoo Ji-tae will be playing the role of the Professor (Álvaro Morte played the fan-favourite character in the Spanish series). The remake also stars 'Squid Game' star Park Hae-soo, who will play the role of a Berlin, the Professor’s right hand. The series will consist of 12 episodes.

'Money Heist'; Here's where else you can see its famous cast

Netflix is also working on a spin-off series on the character 'Berlin'. The show will premiere in 2023.