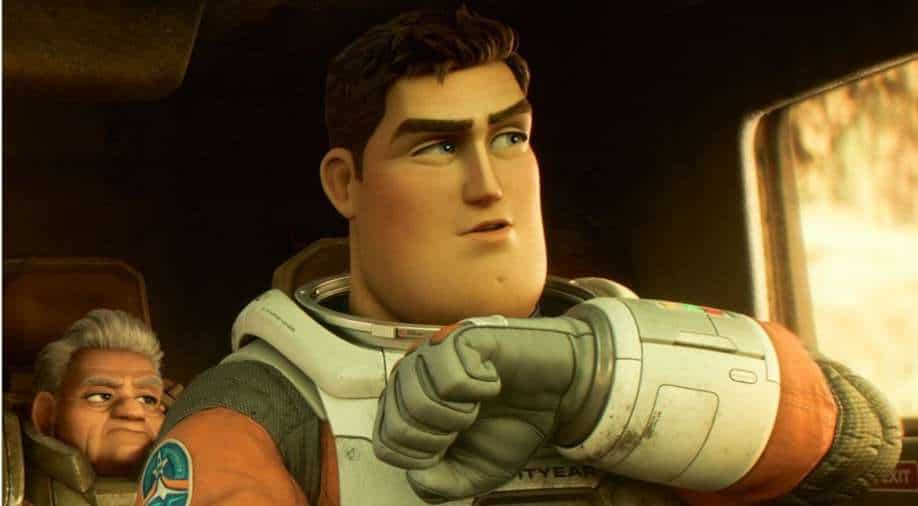 In the past, Disney has featured extremely mild LGBT+ representation in their animation films

Disney has restored a same-sex kiss scene in 'Toy Story' prequel 'Lightyear'. The moment was earlier cut from the moment earlier.

In March, several reports stated that LGBT and ally employees at Pixar had sent a letter to Disney voicing their protest around the company's decision to censor ‘overtly gay affection’ in its films including a same-sex kiss in the upcoming animated film 'Lightyear'.

The film tells the story of the real-life Buzz Lightyear (voiced by Chris Evans) that inspired the TV shows and toys introduced in Toy Story.

One scene in the upcoming film sees Buzz’s commander Alicia Hawthorne – voiced by Uzo Aduba – share a kiss with her partner, another woman.

In the past, Disney has featured extremely mild LGBT+ representation in their animation films- mostly in blink-and-you’ll-miss-it background scenes. But the studio made a conscious change in 2021 onwards when in 'Eternals' the studio went ahead to showcase Marvel's first gay superhero the franchise's first gay kiss.


The film, as a result, faced bans in multiple countries in the Gulf, but Disney and Marvel stuck to their stand. Even recently it has refused to cut an LGBTQ reference in their upcoming 'Doctor Strange 2' which would lead to a ban in Saudi Arabia.

While much of the backlash comes from ultra-conservative, ultra-religious countries where homosexuality is still illegal, a new row has begun closer to home for Disney.

The newly-passed anti-LGBT legislation, dubbed the Don’t Say Gay bill, limits educators in Florida from teaching young children about sexual orientation and gender identity. Any educator who does not follow the rules may face a severe legal battle.

Disney was initially silent amid the backlash, but later CEO Bob Chapek apologised on Disney’s silence on the matter in a memo to staff members.