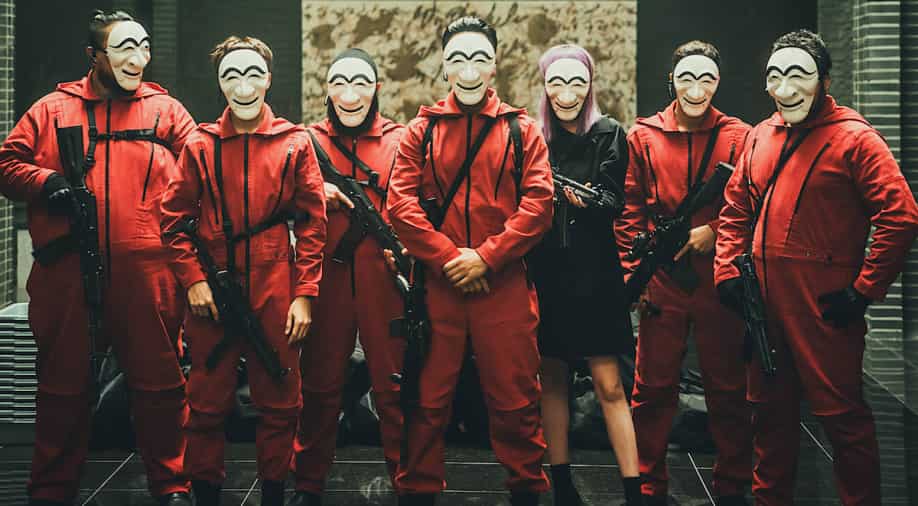 'Money Heist: Korea – Joint Economic Area', a heist crime drama series, is now streaming on Netflix. The much-anticipated series is a spinoff series of 'Money Heist', the Spanish-language original created by Álex Pina that captured the imagination of millions across the world. 'Money Heist' ended with its two-part fifth season in 2021.

The original story was praised by critics and viewers for its humour, subversion of medium and genre tropes, themes, and gripping storytelling. At one point, it was the most popular series in the world and the most-watched series on Netflix. 'Money Heist' fans expect nothing less from 'Joint Economic Area', considering we are in the middle of a 'Korean wave'.

Here is everything you need to know about 'Money Heist: Korea – Joint Economic Area':

While Kim Hong-sun is the director Ryu Yong-jae is the head writer. Kim Hong-sun's credits include dramas like 'The Guest', 'Voice' and more recently 'L.U.C.A.: The Beginning'. Ryu Yong-jae, on the other hand, was one of the two writers of Peninsula, the sequel to Train to Busan.

In 'Joint Economic Area' Yoo Ji-tae plays the role of Professor, Park Hae-soo is Berlin, Jun Jong-seo is Tokyo, Lee Won-jong is Moscow, Kim Ji-hun is Denver, Jang Yoon-ju is Nairobi, Lee Hyun-woo is Rio, Kim Ji-hoon is Helsinki, Lee Kyu-ho is Oslo, and so on.

While we expect the South Korean context of 'Joint Economic Area' will play a big role in the look and feel of the series, the underlying structure should remain the same. So while there will be heists led by the Professor, Korean milieu will matter in the plot in some way. The inaugural season will have 12 one-hour episodes.

The series is already streaming on Netflix.