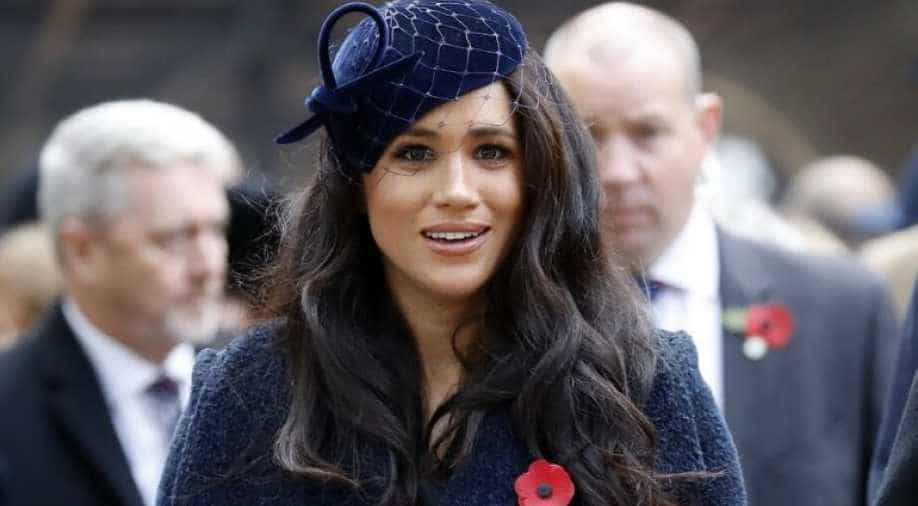 "I knew, as I clutched my firstborn child, that I was losing my second," Meghan said in a piece she recently wrote for The New York Times.

Meghan Markle, the Duchess of Sussex, has opened up for the first time about the 'unbearable grief' she experienced earlier this year when she had a miscarriage.

In an article that Meghan has written for The New York Times, she revealed that she suffered a miscarriage in July this year. Married to Britain's Prince Harry, she is the mother of a one-year-old son Archie.

"I knew, as I clutched my firstborn child, that I was losing my second," Meghan said in the piece.

Meghan added, "loss and pain have plagued every one of us in 2020".

The 39-year old former actress shared her experience and urged everyone to "commit to asking others, 'are you OK?'" as America celebrates Thanksgiving over the weekend.

Harry and Meghan moved to California earlier this year after quitting their roles as members of the royal family in March.

The duchess began her article by describing a "sharp cramp" she felt while looking after her son Archie.

"I dropped to the floor with him in my arms, humming a lullaby to keep us both calm, the cheerful tune a stark contrast to my sense that something was not right," she recalled in her article.

"Hours later, I lay in a hospital bed, holding my husband's hand. I felt the clamminess of his palm and kissed his knuckles, wet from both our tears. Staring at the cold white walls, my eyes glazed over. I tried to imagine how we'd heal."

Meghan also stated that despite several women experiencing a miscarriage in their life, choose to keep quiet and bear the pain quietly.

"Losing a child means carrying almost unbearable grief, experienced by many but talked about by few. In the pain of our loss, my husband and I discovered that in a room of 100 women, 10 to 20 of them will have suffered from a miscarriage.

"Yet despite the staggering commonality of this pain, the conversation remains taboo, riddled with (unwarranted) shame, and perpetuating a cycle of solitary mourning.

"Some have bravely shared their stories; they have opened the door, knowing that when one person speaks truth, it gives license for all of us to do the same," she added.

Harry and Meghan welcomed the birth of their firstborn in April 2019.

Also read: Prince Harry and Meghan reportedly ensured Netflix ended 'The Crown' before it came to their part