'Me' fascinates you with insights into Elton John - the person 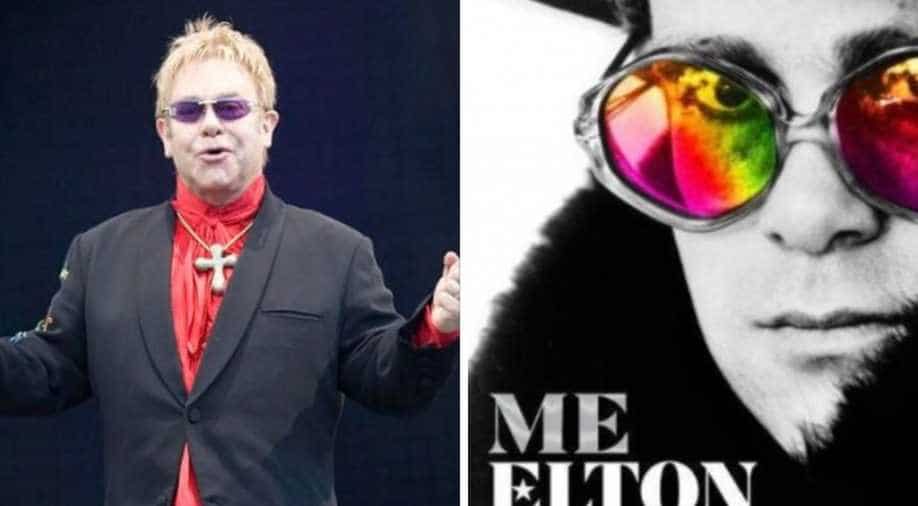 The story of Reg Dwight becoming Elton John is told with such characteristic brit wit and dry humour that you willingly want to indulge in it.

The name Elton John evokes myriad reactions across the board. And its the story behind this name that sets the stage in the iconic musician's first and only autobiography.

While the title is quite simply 'Me', the book is rather elaborate when it comes to detail, a decoy perhaps.

But the story of Reg Dwight becoming Elton John is told with such characteristic brit wit and dry humour that you willingly want to indulge in it and Elton John enthralls us with many such stories.

The book starts at a time when he is playing in a band called 'Bluesology' as a teenager. His mates were Elton Dean and John Baldry.

The names he took to launch a solo career immediately after quitting the band.

And even as his musical journey kicks off, we're given emotional passages on his parents' tumultuous marriage and his mother's temper.

Thankfully his mother loved Rock 'n' Roll. And so did the man she remarried eventually. Despite the dire economic straits and woeful circumstances, Elton John was destined.

'Me' is the origin story of a musical superhero. It doesn't dwell too much upon the initial struggle. And rightly so. Because Elton John was a bona fide star by the time he was 23.

Tales about his first tour of the US, with great archive photographs, are a riot. They are fantastic pop culture throwback. And the concerts come alive in your mind.

It's the equivalent of watching Elton John perform his greatest hits live.

Except that these are stories from his life and not necessarily the greatest advertisement to his mind and person, in fact, the opposite.

Elton John self-lacerates himself from the get-go. And that's a good thing. Because it endears him to you instantly.

How else does one empathise with a living legend talking about his drug abuse problem and many other things that are equally abrasive?

One of the highlights of the book is how it narrates Elton John's sexual journey. It took engagement with a woman and an outrageous light bulb moment with a mentor, for him to come to his senses. 'Me' is stellar in the way it depicts homosexuality. It's as if we realise along with Elton that he is indeed gay.

While reading 'Me' I was reminded of another legendary figure's autobiography. Anthony Bourdain's 'Kitchen Confidential'.

What that book did with Bourdain's world of food, this does with Elton John's world of music and in a similar fashion.

While keeping track of all the names and places can be daunting, the sheer joie de vivre with which it's written keeps the pages turning.

Eventually, the details fade to the background and you're left with a book that has its heart in the right place.

An autobiography on one of the most famous people in the world is a paradox in itself. We already know so much. Especially in today's world of information explosion, where internet speeds determine your rate of access. What possibly can a book tell us new?

'Me' warrants your time not just because it's raucous and revealing. It fascinates you with insights into Elton John - the person. His stardom might have been well documented. But the man in the flamboyant outfits behind the piano is now telling it the way only he can.