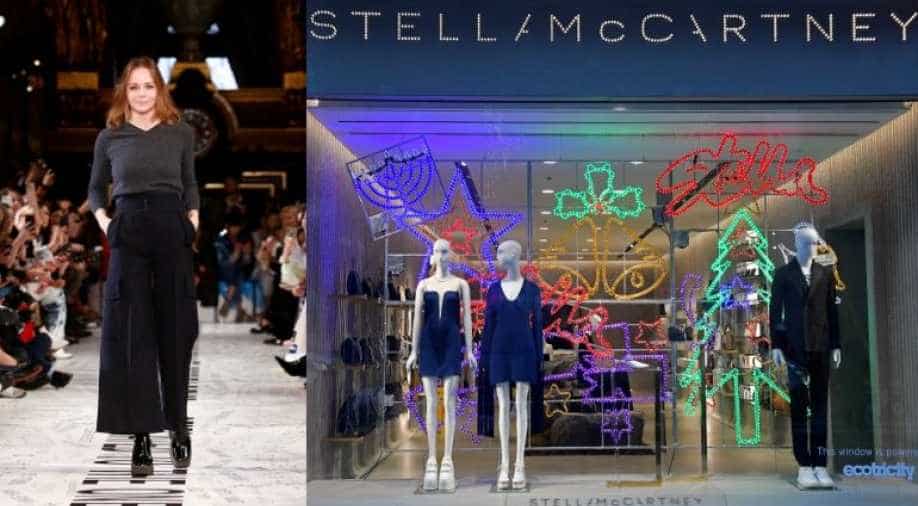 On Monday, the French multinational luxury brand LVMH announced a tie-up with British designer Stella McCartney whose brand is known for its animal-friendly ethics.

On Monday, the French multinational luxury brand LVMH announced a tie-up with British designer Stella McCartney whose brand is known for its animal-friendly ethics. The announcement comes after Stella ended a long term partnership with LVMH's arch-rival Kering.

LVMH owns various fashion labels, including Givenchy, Louis Vuitton and Christian Dior. Although they gave no financial details, it was said that Stella McCartney would have majority ownership of her label and will stay on as the creative chief.

Like most fashion brands these days, LVMH has been trying to increase its environmental credentials since young shoppers are showing a penchant for 'greener' brands which do not deal use animal fur.

Stella has been a long-time advocate of green fashion, relying on imitation leather for her handbags and participating in numerous initiatives to promote the second-hand luxury market.

"A decisive factor was that she was the first to put sustainability and ethical issues on the front stage, very early on," LVMH's billionaire boss Bernard Arnault said of the deal in a statement.

Stella will be advising LVMH's executive committee on matters of sustainability, the group added.

LVMH's move to pair up with Stella McCartney also ramps up their competition with Kering.

Even though Kering is a much smaller group than LVMH, they are the owners of one of the most popular luxury fashion brand- Gucci. The group, which is run by French billionaire, Francois-Henri Pinault had been steadily helping Stella build her brand for almost 17 years before she bought back her 50% stake in March, earlier this year.

When asked about her reasons for leaving Kering, the designer did not reveal much and just said, "Having control of the company is important when your name is above the door and I think if you have that option it's rude not to."

Stella also said in a statement that she had received interest from other investors.

"While these approaches were interesting none could match the conversation I had with Bernard Arnault and his son Antoine," McCartney told a news agency, adding that the group wanted to "accelerate the full potential of the brand."

Stella McCartney was born in London and is the daughter of 'Beatles' singer Paul McCartney.

She had launched her label in partnership with the Gucci group in 2001.