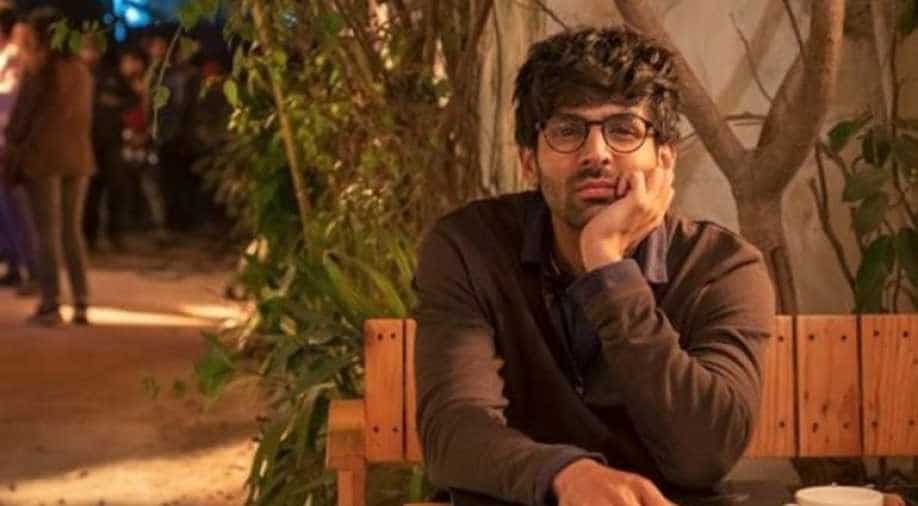 Kartik Aaryan plays two characters in Imtiaz Ali's much talked about 'Love Aaj Kal'. The actor took to Instagram to introduce his characters to his fans.

Kartik Aaryan plays two characters in Imtiaz Ali's much talked about 'Love Aaj Kal'. The actor took to Instagram to introduce his characters to his fans.

On Wednesday, he posted a still from 'Love Aaj Kal' where he can be seen wearing specs. He captioned the image as, "Meet my other half #Veer  #Aaj #2020 Koffee With Veer !! Kaun chalna chahega ? #LoveAajkal "

The actor is seen sitting on a bench holding a laptop in his hand alongside a coffee mug on the table.

The actor invited the audience to have a coffee with him in the intriguing caption.

Earlier, Kartik had shared a picture introducing his character Raghu, which was seen striking a pose to mimic Salman Khan from one of his 90`s films.

The movie `Love Aaj Kal` is the remake of the 2009 movie by the same name which starred Saif Ali Khan and Deepika Padukone. The new film features Saif's daughter Sara Ali Khan as one of the female leads. Arushi Sharma makes her debut with this film. Randeep Hooda will also play a key role in the film.

The film's trailer got fans of the star excited and it has received a great response. On Wednesday, the makers also released the first song from the film called 'Shayad'. The song has been sung by Arijit Singh and composed by Pritam.

The movie, which is set to release on February 14, 2020, presents Kartik and Sara as Veer and Zoe.