Prince Harry finally takes on white privilege: His own 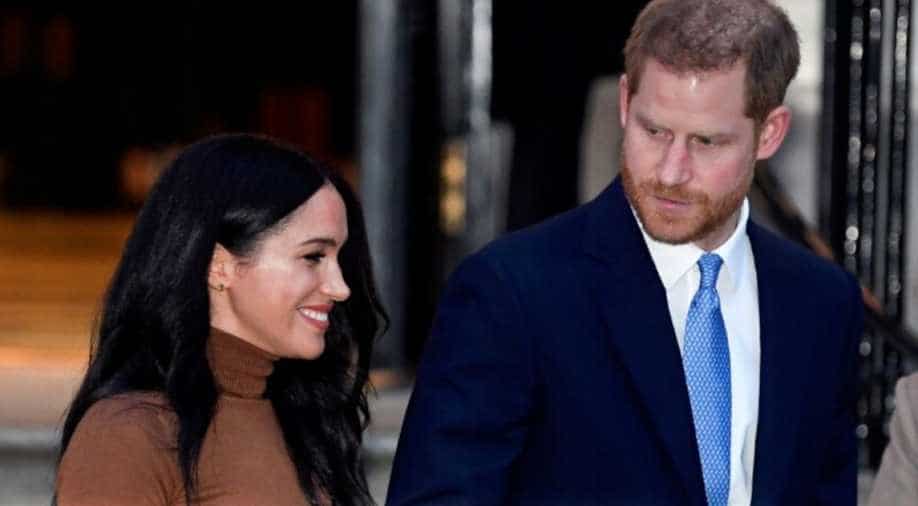 The first joint interview with Prince Harry and Meghan Markle since they stepped down from royal life last year did not disappoint.

It was well worth the wait. The first joint interview with Prince Harry and Meghan Markle since they stepped down from royal life last year (a process that became officially permanent last month) did not disappoint.

I, for one, watched this tell-all with Oprah Winfrey while texting with many of the same Black women with whom I watched their wedding in 2018. Back then, we shared OMG emojis because we were pleasantly surprised by the way Black culture was so powerfully celebrated and Markle’s African American identity so thoughtfully integrated into their ceremony at St. George’s Chapel.

Now, we were aghast at the couple’s allegations that racism toward Markle and its various consequences were a primary reason they fled their home to find freedom in sunny California.

Based on Markle’s deep commitment to women’s rights and the interview’s promo clip — Winfrey asks her, “Were you silent or were you silenced?” — I went into this assuming it would be a feminist revision of the couple’s fairy tale romance.

“The latter,” Markle responded in the interview. Later, she’d compare her life as a royal to Princess Ariel losing her voice after falling in love with a human in “The Little Mermaid.” In that analogy, this interview is the final breaking of that spell, with Markle now fully in control of her voice. It reminded us that she never needed a Prince Charming to rescue her, while showing us that their very modern marriage is what saved and ultimately liberated them both from the trappings and the trap that it is the Crown.

But therein lies the true catalyst for their radical reinvention: Harry’s racial awakening. Here, I do not just mean the accusations from the couple about the deep anxiety some royals had about the potential skin color of their son, Archie — which resulted, they said, in him not being offered the traditional rituals of the royal hospital picture, the title “Prince” and the security that comes with that status. Rather, the second hour of the interview was a culmination of a process that Harry had been undergoing since their first date in 2016, when he was becoming more clear-eyed, confrontational and emboldened to take on the British monarchy into which he was born, and the white privilege that holds it up and has benefited him his entire life.

Typically, we see racial awakenings as a tragic rite of passage for Black people. In slave narratives and early 20th-century African American autobiographies and novels, there is often a moment in which a Black child realizes she is not only different from her white peers but that her darker skin or African American parentage makes her inferior to them. Literary critic Henry Louis Gates Jr. once described it as a “scene of instruction.” In books like W.E.B. DuBois’ collection “The Souls of Black Folks,” from 1903, or Nella Larsen’s novel “Passing,” from 1929, this traumatic rupture is always intimate and severe, the first and most formative experience in a lifetime of racist insults.

As Black parents, we try to prepare our children for these inevitable encounters with The Talk, the sage advice and survival strategies we hope might blunt the damage of these betrayals. But every Black person I know has had such a moment. Mine was my senior year in high school when my white classmates charged that the only reason I had been admitted to the University of Pennsylvania was because of affirmative action, an insinuation that equated being Black with being underqualified, and an injury that has caused me to obsessively overachieve in almost every aspect of my professional life.

I’ve rarely heard white friends discuss their parallel experiences of first realizing their privilege. In fact, this past summer was unprecedented in the sheer number of public figures and predominantly white organizations that released statements or tweets acknowledging their role in perpetuating systemic racism. In private, I and many of my Black friends received more sympathetic emails or Black Lives Matter solidarity texts from our white colleagues than ever before. It seemed, suddenly, white people too were having their own version of The Talk.

And in popular culture, these awakenings are appearing with more frequency. In this season of NBC’s “This Is Us,” Randall’s white siblings, Kate and Kevin, are, as a result of the Black Lives Matter protests this past summer, slowly coming to terms with how much their own white household, and their ongoing refusal to deal with racism, has harmed their African American brother, who was adopted.

Without such recognition by our white family members and friends, racial inferiority is merely thrust onto Black people as a unique burden that we must bear, disprove of and reject. This innocence is at the core of white privilege, and by extension, white power.

Back in 2005, when Harry wore a Nazi uniform to a costume party, it would have been impossible to predict his trajectory. By last fall, however, his awakening was well underway, with him talking about how his marriage to Markle immediately changed his understanding of race.

“I had no idea it existed,” he said of unconscious bias in British GQ. “And then, sad as it is to say, it took me many, many years to realize it, especially then living a day or a week in my wife’s shoes.”

Sunday night, he took it a step further. First, he noted how “the race element” distinguished the tabloid frenzy surrounding Markle from others in the past.

“It wasn’t just about her, it was about what she represents,” he said. Next, he indicted his family for not taking on the racist attacks hurled at their own, and then linked their institutionalized reticence or refusal to intervene to Britain’s much longer history of imperialism.

That the couple landed in the United States during a pandemic that has disproportionately harmed African American and Latino families, and in a period of racial protest and rising white nationalism, feels a bit like jumping out of the frying pan into the fire.

But maybe that’s the point.

Freed from the constraints of not being able to confront racism head-on might mean that he will dedicate his life to dismantling it, not just out of necessity but also as a way of writing a new chapter in his family’s history and bequeath his children a legacy of anti-racism.

And if that is the case, it really will be better than any fairy tale ever imagined.