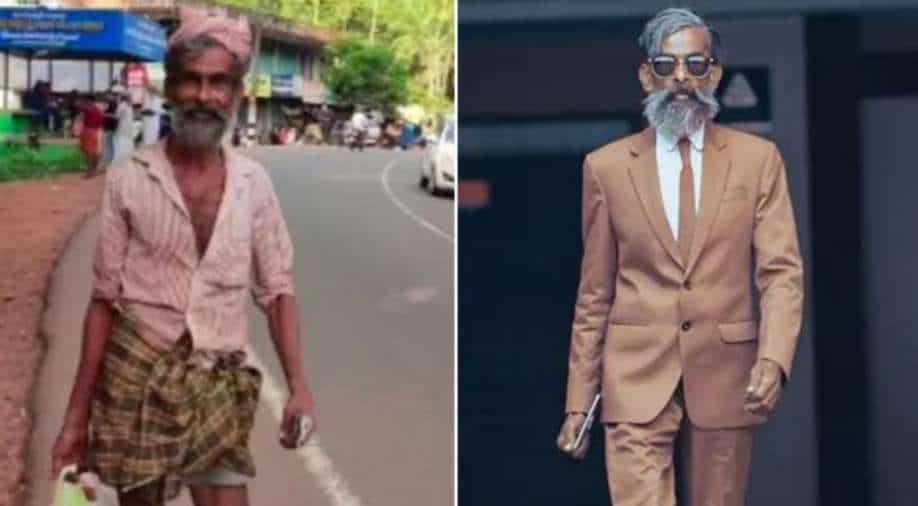 The man, Mammikka was spotted by photographer Shareek Vayalil in Kozhikode district of Kerala and convinced him to model for a wedding suit company he owned.

The wonders of the internet. A 60-year-old daily wage labourer in Kerala, South India has found national fame after he modelled for a suiting brand.

The man, Mammikka was spotted by photographer Shareek Vayalil in Kozhikode district of Kerala and convinced him to model for a wedding suit company he owned.

Vayalil had taken a photo of Mammikka initially and shared it on his Facebook page. The post went viral soon after as many felt the labourer had a striking resemblance to actor Vinayakan.

Days later the photographer approached Mammika to model for a wedding suit company that he owns.  Before the photoshoot, the 60-year-old underwent a makeover which was also captured in a video and shared online.

The transformation video that was shared on Instagram has fetched over  23,000 views and counting since the time it was posted. Mammikka can be seen dressed in a classic blazer and trousers, with an iPad in hand, wearing a pair of sunglasses and indeed looking a stark contrast from his original humble outfits.

Owing to his overnight fame, Mammikka has expressed his desire to try his hand in modelling while continuing as a daily wage labourer.

Many Instagram users dropped fire emojis in the comments section of the post and complimented Mammikka on his new look.