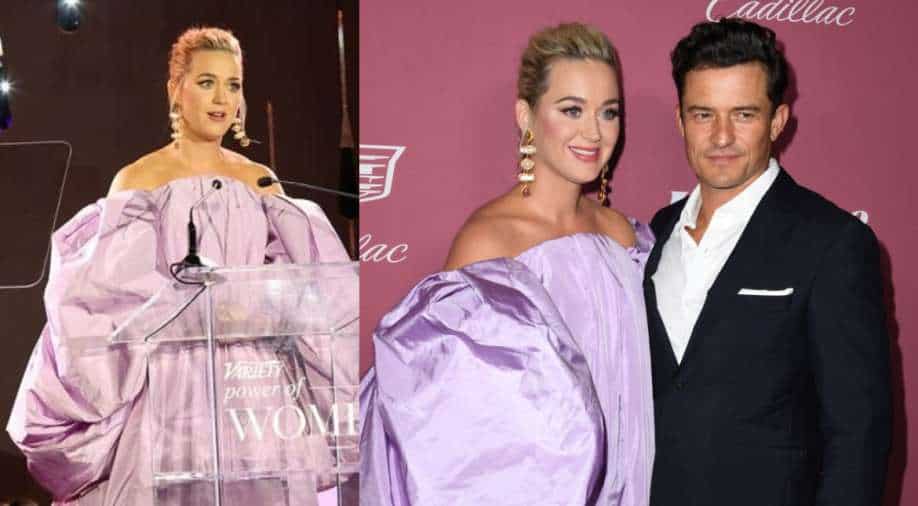 Katy Perry was praised for her "genuine passion for protecting the earth’s most vulnerable children... an advocate for women’s rights, human rights, and the LGBTQ community."

On Thursday, Katy Perry was honoured for her work through her foundation--Firework Foundation--which hosts firework summer camps for youngsters that Perry attends as well.

Perry was praised for her "genuine passion for protecting the earth’s most vulnerable children... an advocate for women’s rights, human rights, and the LGBTQ community."

The host also pointed out Perry's contribution towards both Hilary Clinton and Joe Biden's election campaigns, adding, "She is the woman who stood up at the 2016 Democratic National Convention and told America that on election day, ‘You have as much say as any NRA lobbyist.’ And while many agree with that, for a performer at her level, believe me, there’s a price to be paid."

In her own acceptance speech, Katy Perry choked up a few times.

"This honour also belongs to my sister, Angela, my co-founder at the Firework Foundation, the ultimate champion for access and equal opportunity for children. Thank you so much for keeping me focused on the greater good, holding my feet to the fire, keeping me accountable, putting all the logistics in place so that we can make an impact in our lives and other lives. I love you and I look up to you," said Perry.
She then went on to praise her partner Orlando Bloom for being "an incredible father [and] an example to our greatest gift ever, our daughter Daisy — a future powerful woman. I pledge to you to do my best to be an example of one, to never put limits on your dreams, to lead with love, never through fear, and to always be your lighthouse in any darkness… Lest we forget, behind every great woman, there is a great man way to my beloved partner. And I’m sure whether I like it or not, Orlando, a man that is a friend and an ally to women all around the world. Thank you for handling the insanity of my life."

The global popstar also gave a performance of 'What Makes a Woman'.