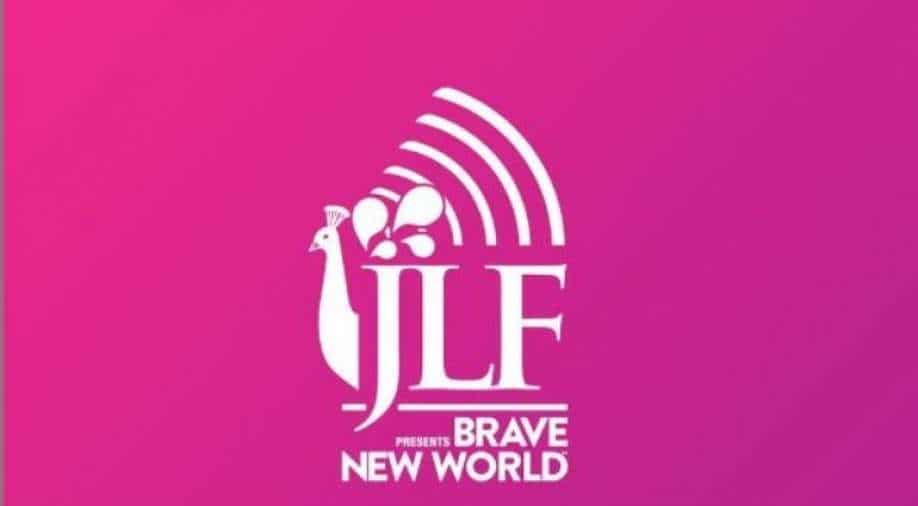 Often dubbed as the "greatest literary show on Earth", JLF is set to take place from February 19-28 and will feature a spectacular line-up of speakers from across the world.

The esteemed Jaipur Literature Festival is back but in a virtual avatar. Often dubbed as the "greatest literary show on Earth", JLF is set to take place from February 19-28 and will feature a spectacular line-up of speakers from across the world, consisting of writers, poets, playwrights, thinkers, politicians, journalists, cultural icons and recipients of major literary awards including the Man Booker, the Pulitzer, JCB Prize for Literature, Commonwealth, European Union Prize, the DSC Prize for South Asian Literature and the PEN Award for Poetry in Translation.

Some highlights from the programme include Glasgow-born author Douglas Stuart whose 2020 Booker Prize-winning debut novel "Shuggie Bain" evokes the essence of addiction, parenthood, courage and love. Following the bond between a son and his mother, fractured by alcoholism, poverty, aspiration and human misery, the novel graphs an intimate devastating yet ultimately hopeful journey through their lives. In conversation with writer and playwright Paul McVeigh, Stuart will unravel the thought and process behind bringing this heartbreaking story out into the world.

Celebrated American linguist, philosopher, cognitive scientist, historian, social critic, and political activist Noam Chomsky`s latest book, "Requiem for the American Dream: The 10 Principles of Concentration of Wealth & Power", sharply questions the utopian idea of neo-liberalism and the consequences of markets dictating all aspects of society. Evaluating the ten principles that have fuelled this idea, he will unravel its roots and its troubling impact on American society, culture and politics, in conversation with journalist Sreenivasan Jain.

Covering the ongoing pandemic, doctors and co-authors Randeep Guleria, Chandrakant Lahariya and Gagandeep Kang will discuss their exciting new project in conversation with award-winning journalist Maya Mirchandani. The focus of the session will revolve around whether India wins the fight against the Covid-19 pandemic.

Award-winning Irish writer Colm Toibin will take us through the rhythm and roots of his writing process and celebrated career. A master of expression and text, Toibin possesses a unique ability to inhabit and blend through his words an expansive universe of fiction, non-fiction and poetry.

Marina Wheeler, a Queen`s Counsel in England, opens the portals of memory as the daughter of a woman traumatised by the Partition of 1947 that divided British India into Pakistan and India. Wheeler follows her mother`s buried past, her marriage and move to England where she refuses to look over her shoulder at a lost world. In conversation with Navtej Sarna, the former High Commissioner of India to the United Kingdom, she will explore the meaning of the Punjabi Sikh identity as it survives through cultural transitions.

In a special session, director and writer Devashish Makhija`s latest book, "Oonga" will be launched followed by a conversation exploring the book. The book is a powerful novel based on his film of the same name. Capturing the inherent paradox between dystopian `development` and utopian ideologies, the book narrates the journey of a little boy in the midst of a clash between Adivasis, Naxalites, the CRPF and a mining company.

Journalist and writer George Packer`s "Our Man: Richard Holbrooke and the End of the American Century" is an enduring account of the force behind the Dayton Accords which famously ended the Balkan wars. Packer`s sweeping diplomatic history is based on Holbrooke`s diaries and papers and gives a peek into the life of a man equally admired and detested. In conversation with journalist and writer Basharat Peer, Packer will dive into the life and career of an extraordinary and deeply flawed man and the political and social circles he inhabited.

Journalist and writer Meenakshi Ahamed`s latest book, "A Matter Of Trust", charts the complex relationship between India and the United States from the years following Indian Independence to today`s evolving politics. Based on her research of presidential papers newly declassified documents, memoirs and interviews, the book evaluates the dynamics between the people in power in both countries against the backdrop of constantly developing socio-political-economic changes.

Tripurdaman Singh`s latest book "Sixteen Stormy Days: The Story of the First Amendment" of the Constitution of India is a fascinating look into the turbulent history and contentious legacy of the First Amendment of the Constitution. In conversation with journalist and writer Karan Thapar, Singh will explore the nascent years of India in the context of what he calls `the first great battle of ideas.`

The Festival continues its rediscovery of the vast heritage of India`s languages. In a session focused on Hindi poetry, scholar and academic Rupert Snell will speak of the enduring legacy of the 17th century Bihari Satsai with its evocative romantic imagery and visual vocabulary, in conversation with fellow scholar, academic and translator Harish Trivedi.

"The first Bhojpuri novel to be translated into English, "Phoolsunghi", is a period piece about the life of a tawaif in the late 19th century in colonial Bihar. Though Bhojpuri songs and cinema have gained popular appeal, the richness of Bhojpuri literature is not widely known. Gautam Choubey, an academic and a columnist, has innovatively translated this modern classic and rendered it with cultural nuances and poetry. Academic and author Francesca Orsini is Professor of Hindi and South Asian Literature at SOAS, University of London.

In conversation with academic and award-winning translator Jatindra Kumar, the festival will remember legendary Indian actress Devika Rani through award-winning author and playwright Kishwar Desai`s book "The Longest Kiss: The Life and Times of Devika Rani" which charts the life and career of the celebrated actress. Based on her personal letters and documents, the book narrates her journey through the creation of Bombay Talkies, India`s first professional studio, her marriages to Himanshu Rai and Svetoslav Roerich, and the struggle of being a woman in the entirely male-dominated world of Indian cinema.