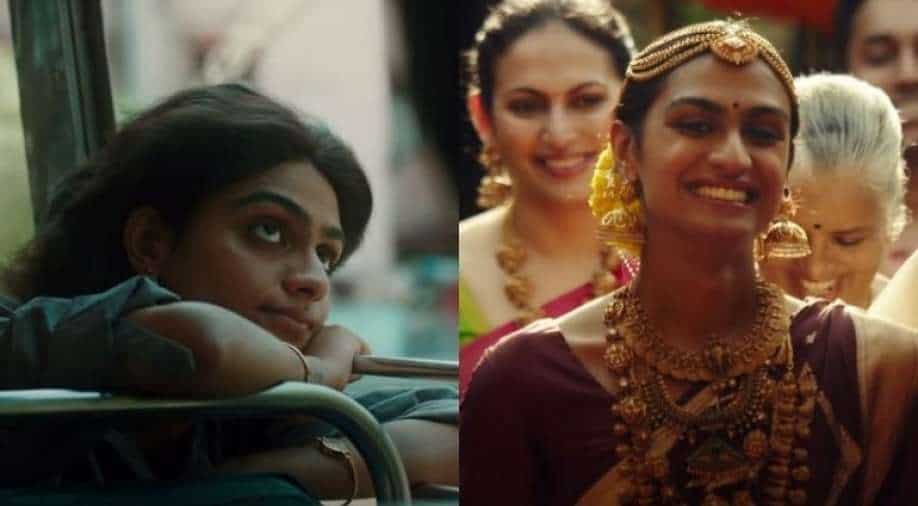 An Indian jewellery advertisement is catching everyone's attention for all the right reasons. The ad features a transgender model and explores her journey of becoming a woman

An Indian jewellery advertisement is catching everyone's attention for all the right reasons. The ad features a transgender model and explores her journey of becoming a woman.

The brand- Bhima Jewellers- is based in Kochi, a city in the Indian state of Kerala and features transperson and activist Meera Singhania in the lead.

The advertisement shows the journey of a young nervous boy transforming slowly into a confident young woman. Her family gifts jewellery at various junctures in her life as she discovers her true identity and ends with the family gearing up for her wedding, adorned in the finest gold jewellery.

The ad has so far crossed over 600,000 views on YouTube and is being hailed by Twitterati.

I'm not crying, you're crying. https://t.co/sHgaRhCZWX

Posting this again because needs to be amplified
♥️ https://t.co/4CppEqtNW1

One of the best things I saw while scrolling through this app in the last 2 days.

Brilliant ad-making and a message which is welcoming

Not sure if it is a model who actually transitioned but I loved this ad. I am not into gold at all but next time I go to India I might buy something in gold for me or my son from Bhima. https://t.co/tWza7WeE4R

The advertisement is not only important as it's a first to have a trans person playing the lead, but it also beautifully highlights the importance of love and acceptance for the LGBTQ community.

Model Meera Singhania shared a few glimpses of the ad on her Instagram page and recalled how it was tough to play her older self and how she took it up as a challenge.

"People asked me my favourite shot in the entire film. Now don't get me wrong, the bus shot is really pretty, except I find this more comforting. As someone who goes through dysphoria, ( Google dysphoria, I'm not doing the labour) its not an easy task for a post op transwoman, to act in her pre op self. It can be a little heavy mentally, given the baggage. I took this role as a challenge, and I think I didn't act. Maybe I didn't have to. Despite the hectic shoot schedule, and the annoying makeovers, I think I pulled it off. I've never felt as happy as I did, after packup. I did it. I thought I'd make a fool, instead I feel like I breathe better," wrote Meera as she shared her favourite still from the ad.

The advertisement has been directed by Bharat Sikka and written by Sheetal Raghav.