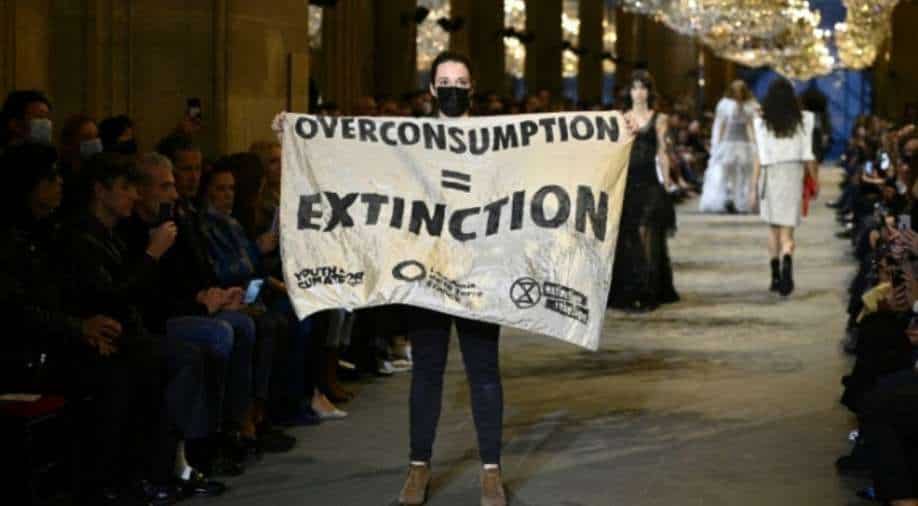 "Overconsumption = extinction", a banner brandished by one demonstrator from the international civil disobedience movement against climate change read.

She climbed onto the catwalk set up in the Louvre art gallery even as models were showing off the latest styles, before being hustled away by security guards, an AFP photographer saw. Stanley Tucci's passion was acting. Now, it's food

Extinction Rebellion, Friends of the Earth and Youth For Climate said in a statement that around 30 people were involved in planning the protest, with two arrested.

They called on the government to enforce "an immediate cut in production levels in the sector, given that 42 items of clothing were sold per person in France in 2019".