Koffee With Karan: Ayushmann Khurrana and Vicky Kaushal to make their debut on the show 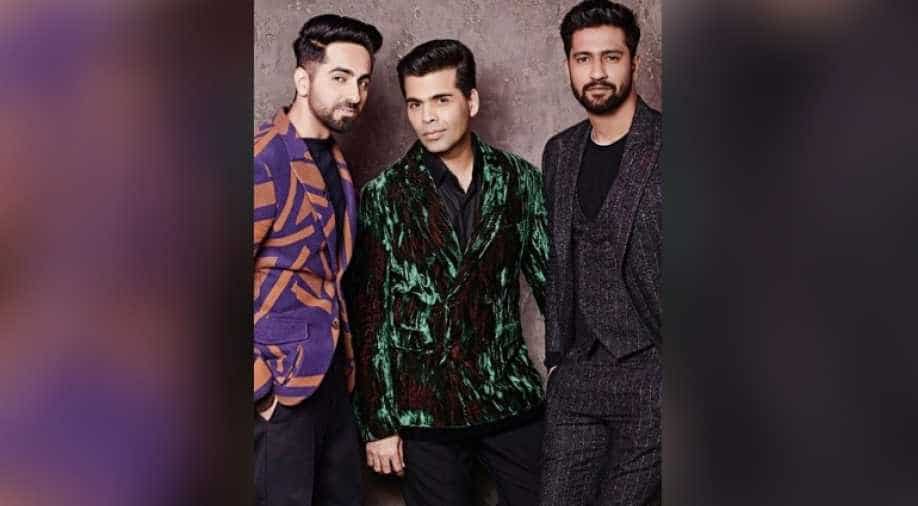 Its been a good year for both Vicky Kaushal and Ayushmann Khurrana. The two actors, who have always been lauded for their acting prowess, delivered commercial successes and currently the favourite poster boys of Bollywood. Needless to say, the two popular stars have found a place in the esteemed list of guests who will feature in 'Koffee With Karan' this year.

The show's host, Karan Johar, shared an image with the two actors on Monday afternoon. The two actors shot for the episode and will be appearing on the show together. This will be the first time that the two will appear on the show.

Johar shared an image from the show's set and captioned it as, "With the talented actors and super fun boys!!! @ayushmannk and @vickykaushal09 ! Super episode of #koffeewithkaran"

Considering Johar has been accused of only catering to guests who are part of his inner circle, it would be refreshing to see Khurrana and Kaushal be their candid self on the coveted couch. And since Johar knows the art of asking the right questions, it will be interesting to see whether the actors will be at their candid best on the show or not. Also read: 'Koffee With Karan' and its host Karan Johar need to grow up

The sixth season of the show opened with Deepika Padukone and Alia Bhatt on Sunday. The upcoming episodes will feature Ranveer Singh and Akshay Kumar, Diljit Dosanjh and Badshah, Arjun and Janhvi Kapoor, Saif Ali Khan and Sara and Varun Dhawan with Katrina Kaif.