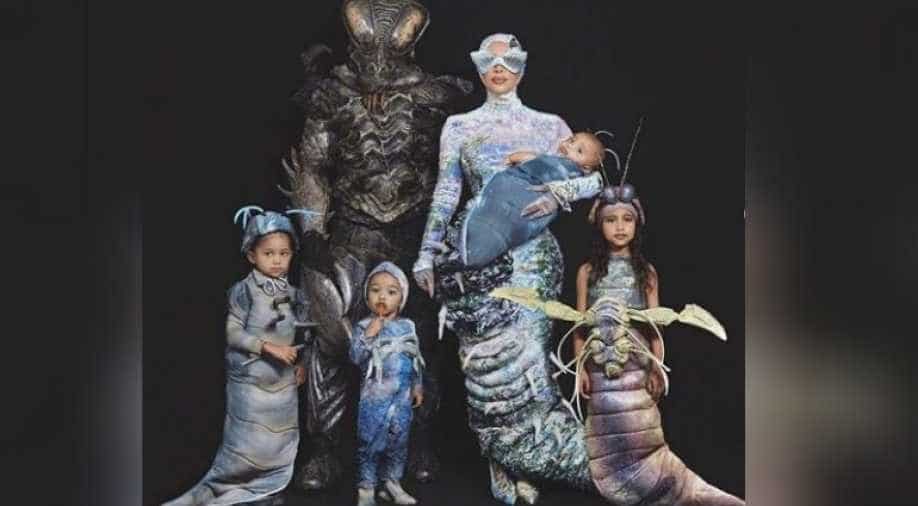 The West family also dressed up as the Flintstones for another Halloween-themed photoshoot.

Kim Kardashian proves to be the ultimate queen of Halloween. Two days after celebrating the spectacular holiday, the reality star unveiled yet another extravagant family costume.

This time, Kim, hubby Kanye West and their four kids dressed up as bugs and fittingly declared themselves the West Worms. Ahead of Halloween, Kim told news agency exclusively that Kanye was in charge of designing some of their costumes.

"I saw him meeting with some animatronics people," the A-lister teased at the time, "glow in the dark things and stuff that moves. As long as it looks good, I'm excited to see what he's planning".

A bugs life! 🐛🦟🐜 My costume glowed Kanye’s costume moved and was all anamatronics

This family pic was such a challenge because Chicago was so scared of Dino! LOL We tried to explain and show her that it was just daddy but she didn’t get the concept yet! So shout out to the photographer for editing her in & making our family Flintstones dreams come true!

The West family also dressed up as the Flintstones for another Halloween-themed photoshoot. As per usual, the Kardashians family went above and beyond for this Halloween.