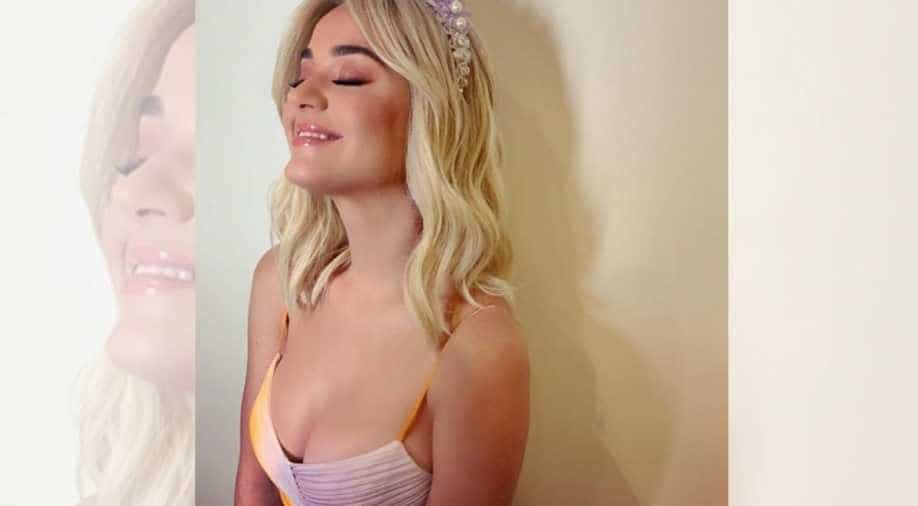 Singer Katy Perry is performing at Joe Biden’s primetime inauguration special, and she shared a 'patriotic' picture ahead of her performance.

The United Staes of America is set for Joe Biden's inauguration ceremony as he becomes the 46th President of the country. While the ceremony will be new and distanced, keeping in mind the ongoing pandemic, the post- oath ceremony will see many stars coming together to celebrate the occasion.

Singer Katy Perry is performing at Joe Biden’s primetime inauguration special, and she shared a 'patriotic' picture ahead of her performance.

Perry took to Twitter and tweeted a photo of four mics — one white, one bedazzled with the flag, one covered in silver stars and one resembling Lady Liberty’s torch — with heart and an American flag emoji as the caption.

The picture was retweeted by the Biden Inaugural Committee before they made it official with an announcement that Perry would be performing on the Celebrating America TV special after Wednesday’s inaugural ceremony in Washington, D.C.

Celebrating America will air on ABC, CBS, NBC, CNN and MSNBC. It will also live stream on YouTube, Facebook, Twitter and Twitch accounts. Amazon Prime Video, Twitch and NewsNow from Fox will also stream the event.