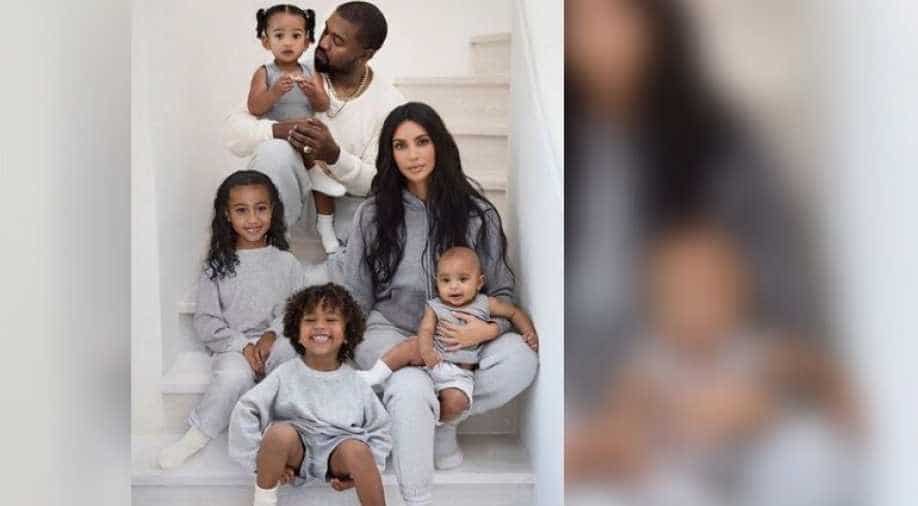 American rapper Kanye West and wife Kim Kardashian West have returned to the United States after their family vacation in the Dominican Republic.

According to a magazine, the 43-year-old rapper West and the reality TV star Kardashian were spotted arriving in Miami with their four children: 7-year-old North, 4-year-old Saint, 2-year-old Chicago and 15-month-old Psalm, on Sunday (local time).

A source told to a Magazine, "They had a good family week in the Dominican Republic. They are continuing the family vacation in Colorado. Kim and Kanye are getting along. They both seem much happier."A separate source told the outlet that West is "really enjoying his family time right now," adding, "Honestly he's in a great place and feeling creatively inspired."

An insider recently told a Magazine that the couple had travelled to the Dominican Republic to "focus is on their marriage.""They decided to travel together so they can be away in private," the insider said. "Between the kids, work, and dealing with Kanye's bipolar episodes, it`s been hard for her to think clearly."

On Friday, the father of four posted a light-hearted video from the trip with their daughter North.In the clip, after North asks her father what day it is, and with a big smile on his face, West replies, "It`s Friday then!" and jumps out of their vehicle as 'Push The Feeling On' by Nightcrawlers begins to play.

His wife can be heard laughing in the background as West goes on to bust out a few dance moves and North joins in on the fun. "Saint, go!" added the 39-year-old 'Keeping Up with the Kardashians' star, although their four-year-old son was not seen joining in on the dance party.