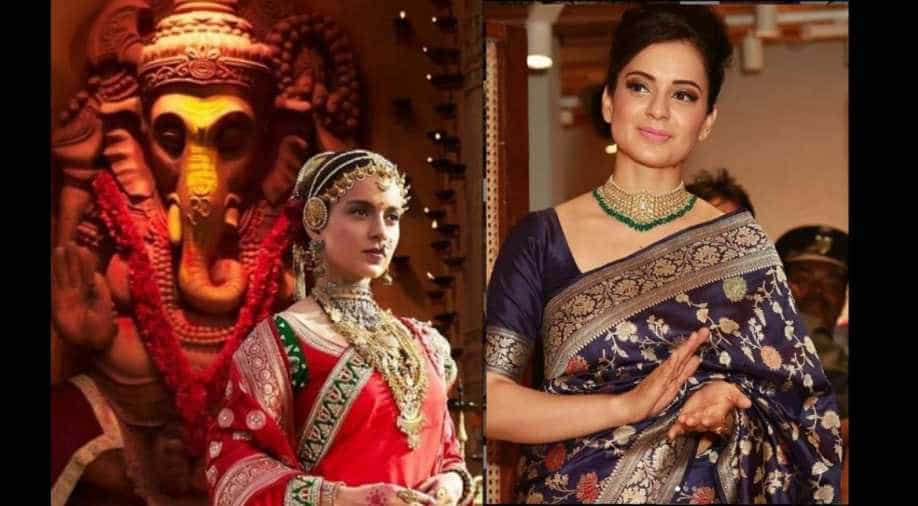 Fringe group Karni Sena that created a mess during the release of Sanjay Leela Bhansali's 'Padmaavat' is back to their antics as they oppose the release of 'Manikarnika' citing distortion of facts.

As Kangana Ranaut gets ready for her epic film ‘Manikarnika: The Queen of Jhansi’ to hit the theatres next week, in a chat with a website said that her film has been certified by historians and that she will not take any protests in the name of facts.

Picture Gallery: The Most Awaited Hindi Films of 2019: 'Bharat', 'Manikarnika', 'Brahmastra' & others

The movie based on the life of historic Indian queen Rani Laxmibai has come under the scanner as fringe group Karni Sena is protesting against the release of the film -- as she is reportedly shown having an affair with a British officer. The group is also objecting to a scene in which Kangana’s character can be seen dancing. The group has now threatened to burn the theatres if the said scenes are not chopped or altered.

Karni Sena is the same group that had created a mess before the release of Sanjay Leela Bhansali's 'Padmaavat'. They threatened the director and leading actress Deepika Padukone for bringing shame to the community.

Responding to this, Kangana said, “Four historians have certified Manikarnika, we have got censor certificate as well, Karni Sena has been conveyed this but they are continuing to harass me if they don’t stop then they should know I am also a Rajput and I will destroy each one of them.”

The film has been certified by the CBFC and is ready to hit the screen on January 25.