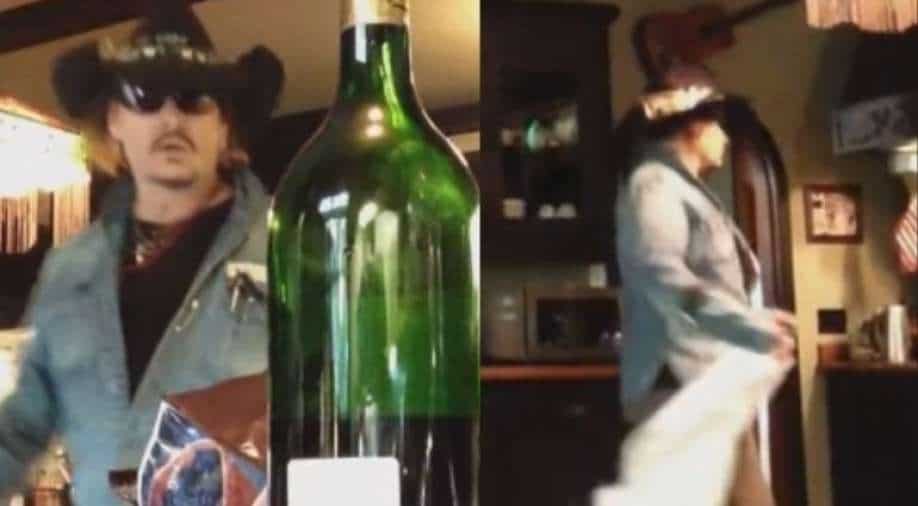 Johnny Depp is suing Amber Heard for $50 million after she accused him of abuse before and during their roughly two-year marriage.

Lawyers for Johnny Depp`s ex-wife Amber Heard questioned the 'Pirates of the Caribbean' star on Thursday in his defamation case, showing jurors graphic text messages in which Depp referred to a "monster" inside him that he had to keep in check.

Depp, 58, is suing Heard, 35, for $50 million after she accused him of abuse before and during their roughly two-year marriage. He has argued that Heard was the one who became violent in the relationship.

In a Virginia courtroom, Heard`s attorneys spent much of Thursday presenting emails and text messages that Depp sent to Heard, friends, family and associates and often filled with expletives and vulgar descriptions.

"We`ve been perfect. All I had to do was send the monster away and lock him up, we`ve been happier than ever," he texted to a former security guard in 2015 shortly after he and Heard wed. 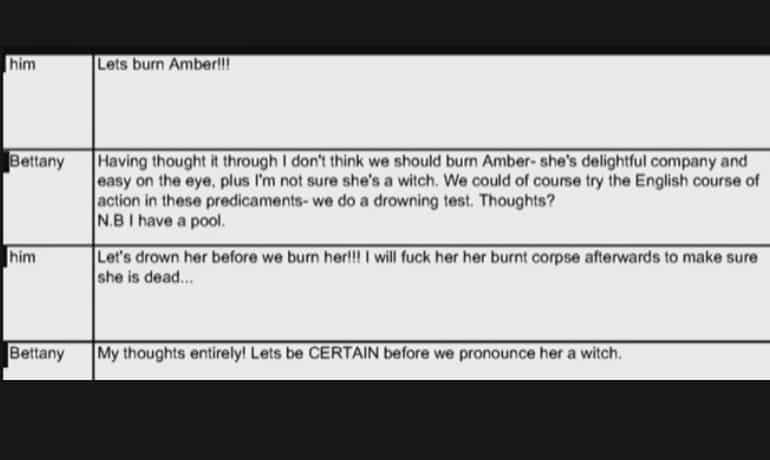 In another text to one of his doctors, Depp said he had "locked my monster child away in a cage deep within and it has f**king worked."
Depp said Heard used the word monster to describe when she thought he was drunk or using drugs, though he said her perception was not always accurate.

In other texts, Depp called Heard a "filthy whore" and other names and said he wanted her dead. Writing to actor Paul Bettany in 2013, Depp said: "Let`s drown her before we burn her" and "I will fuck her burnt corpse afterwards to make sure she is dead."

Depp said he was "not proud of any of the language he used in anger." In other messages, Depp talked about drinking and drug use.

"I, of course, pounded and displayed ugly colors to Amber on a recent journey," he wrote to Bettany. "I am an insane person and not so fair-headed after too much of the drink."

Jurors also were shown the video, filmed by Heard, that showed the actor smashing and kicking kitchen cabinets at his home in West Hollywood.
On Wednesday, Depp said it was Heard who got physical during arguments and would slap or shove him. Heard once threw a vodka bottle at
Depp`s hand, cutting off the top of his right middle finger, he said.

In a separate legal case in Britain, Heard denied throwing a bottle and severing Depp`s finger. She said she threw things only to escape when he was beating her, and once punched him because she feared he would push her sister downstairs.

Depp said he never struck Heard or any woman. He has accused Heard, also an actor, of defaming him when she penned a December 2018 opinion piece in the Washington Post about being a survivor of domestic abuse.

The article never mentioned Depp by name, but his lawyer told jurors it was clear Heard was referencing the Hollywood leading man.

Depp said Heard`s allegations cost him "nothing less than everything." A new "Pirates" movie was put on hold, and Depp was dropped from the "Fantastic Beasts" film franchise, a "Harry Potter" spinoff.

Heard`s attorneys have argued that she told the truth and that her opinion was protected free speech under the U.S. Constitution`s First Amendment. In opening arguments, Heard`s attorneys said Depp physically and sexually assaulted her while abusing drugs and alcohol.

A state court judge in Fairfax County, Virginia, is overseeing the trial, which will resume on Monday.

Less than two years ago, Depp lost a libel case against The Sun, a British tabloid that labeled him a "wife beater." A London High Court judge ruled he had repeatedly assaulted Heard.

Depp`s lawyers have said they filed the U.S. case in Fairfax County, outside the nation`s capital, because the Washington Post is printed there. The newspaper is not a defendant.

Heard, known for roles in "Aquaman" and "Justice League," and Depp were married for roughly two years. Their divorce was finalized in 2017.
Heard has brought her own libel claim against Depp, saying he smeared her by calling her a liar. Heard`s counterclaim, seeking $100 million, will be decided as part of the trial.

Beyonce drops 'Renaissance' cover along with a touching note