It's 'game over' for Daenerys Targaryen, Jon Snow & Tyrion Lannister of 'Game of Thrones' in final season 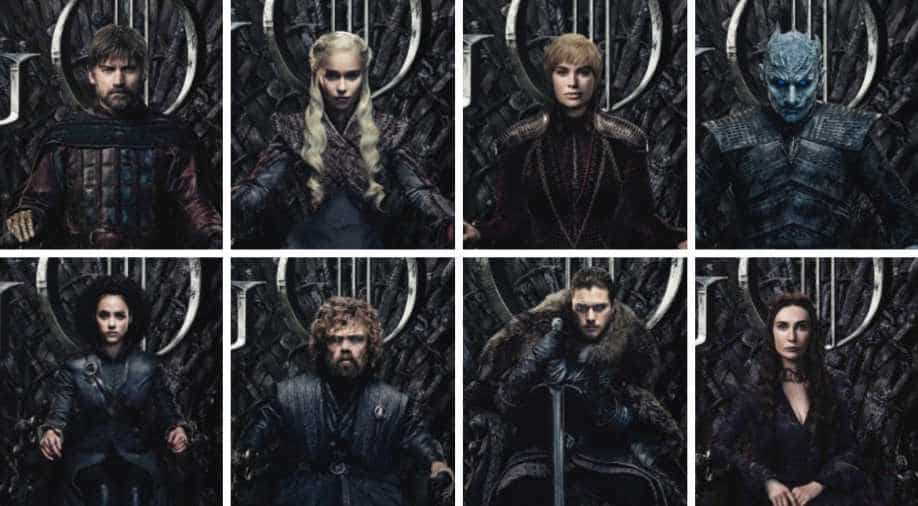 The coming season in April will be its eighth and final one.

Winter is coming and HBO does not want its ‘Game of Thrones’ fans to chill as there are 16 new brand covers on a US-based magazine that you can’t miss out!

Entertainment Weekly unveiled 16 new brand covers for their upcoming issue, right before the final season premieres. The coming season in April will be its eighth and final one.

The cover unlike what you have seen before is a close-up of all major characters. It is more like a follow up of the character posters that HBO tweeted out earlier last week, of them sitting on the iron throne. It has Daenerys Targaryen, Jon Snow, siblings Tyrion, Cersei and Jaime Lannister, sisters Sansa and Arya Stark, and several others. Certain characters such as Melsandre and Grey Worm, Lord Varys and Ser Jorah Mormont, Theon and Euron Greyjoy and The Hound and The Mountain have been paired up. The characters are in King’s Landing apparently.

Director David Nutter on the final season told EW: “The fans will not be let down. There are a lot of firsts in these episodes. There’s the funniest sequence I’ve ever shot on this show, the most emotional and compelling scene I’ve ever shot, and there’s one scene where there’s so many [major characters] together it feels like you’re watching a superhero movie.” See the first stills of the season.

It has also been revealed that the final season will have six episodes, reportedly of 90 minutes each. Co-creator and co-director of the series finale, DB Weiss explained, “When something has been sitting with you for so long, you have such a specific sense of the way each moment should play and feel.”

About the finale, he said in the report: “We’ve spent 11 years doing this. We also know no matter what we do, even if it’s the optimal version, that a certain number of people will hate the best of all possible versions. There is no version where everybody says, ‘I have to admit, I agree with every other person on the planet that this is the perfect way to do this’ — that’s an impossible reality that doesn’t exist. I’m hoping for the Breaking Bad [finale] argument where it’s like, ‘Is that an A or an A+?’”