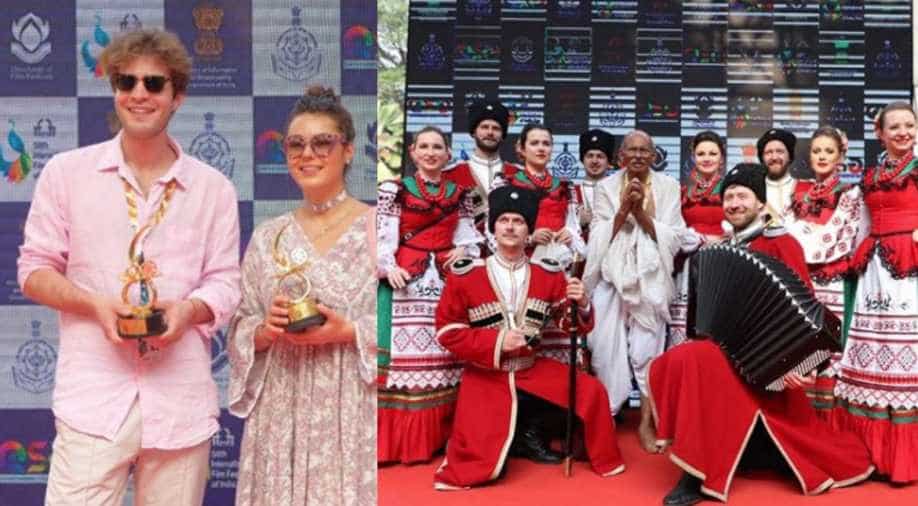 Russian Ambassador Nikolay Kudashev who is at the moment attending IFFI was heard saying that the joint production of films will bring the spirit of India and Russia together.

It’s the second day of International Film Festival of India (IFFI) today on November 22 and the fest seems to be a hit with the wide range of audience that has gathered in Goa to attend one-of-a-kind celebration of world cinemas.

IFFI 2019 celebrates its 50th year as India looks to celebrate and strengthen its ties with Russia in way of making space for Russian art and cinema. Russian Ambassador Nikolay Kudashev who is at the moment attending IFFI was heard saying that the joint production of films will bring the spirit of India and Russia together. A joint agreement was signed at Vladivostok in Russia during September 2019 for expanding cultural exchanges between the two countries.

The ambassador said that he felt there was more to be done for the representation of the contemporary Russian literature in India. “The government has got plans to bridge this gap by publishing ten of the best Russian books in Hindi and ten of the best Indian books in Russian. Efforts are also on for more exchanges and co-operation in the field of education,” he said.

IFFI 2019 thus has Russia in focus with eight films from the country being screened in the Country Focus section this year. These films include ‘Abigail’, ‘Acid’, ‘Andrei Tarkovsky: A Cinema Prayer’, ‘Beanpole’, ‘Great Poetry’, ‘Once in Trubchevsk’, ‘Why Don’t You Just Die’ and ‘The Hero’.

Talking about a long tradition of love between people of India and Russia, Head of the Russian delegation, Maria Lameshev said that there is a great interest for Russian films among Indian people. “Diverse films from Russia which got international awards and acclaim have been brought to India for showcasing in IFFI. Films like Abigail portrays the fantasy of youngsters,” she said.

IFFI 2019 will run till November 28. The opening ceremony was hosted by filmmaker Karan Johar and had Amitabh Bachchan and Rajinikanth. Amitabh presented Rajinikanth with Icon of the Golden Jubilee Award. Also present was Information and Broadcasting Minister Prakash Javadekar who spoke about the importance of cinema, it being India’s soft power and the need to further it.

The festival opened its Indian Panorama Section with the screening of Gujarati film 'Hellaro' and 'Nooreh'.