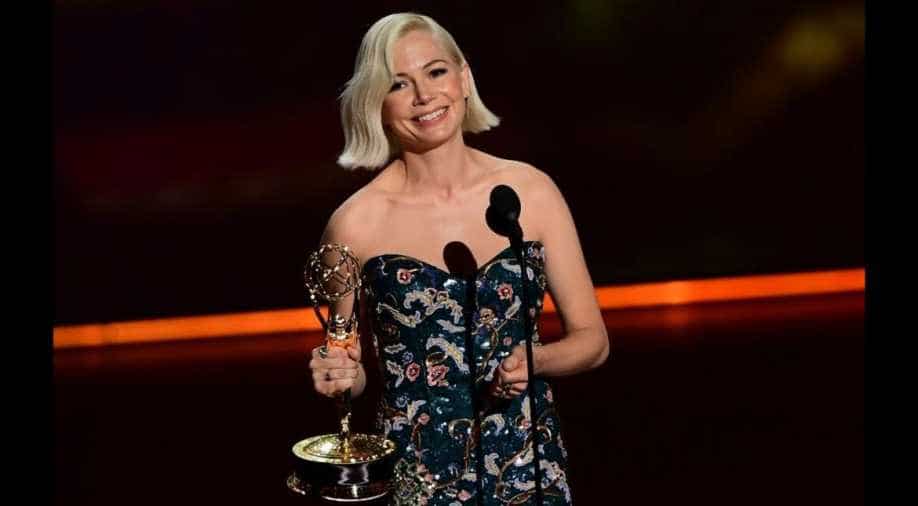 The four-time Oscar nominated actress Michelle Wiliams  will be seen in the second installment of 2018 hit film 'Venom', titled 'Venom: Let There Be Carnage'. The film also stars Tom Hardy in a pivotal role.

Hollywood actress and two-time Golden Globe awardee Michelle Wiliams is all set to revisit a prominent figure from the pages of history for the silver screen.

She will be essaying the role of Katherine Parr—the sixth and last wife of Henry VIII—in the upcoming period drama ‘Fireband’.

The film is being helmed by Brazilian filmmaker Karim Ainouz whose latest feature ‘Mariner of the Mountains’ is premiering at the prestigious Cannes Film Festival on July 9. ‘Fireband’ will mark his debut in the English-language movies.

The script of the film has been written by Henrietta and Jessica Ashworth, according to various reports.

Ainouz said that he is enthralled to bring the story of Parr to light for he believes that she has been ignored in history.

"Much is known about Henry VIII's tyrannical reign, and those who perished and suffered at his hands, but my focus here is on a woman who not only managed to survive but also, to thrive… This is a reimagining of a 'period' film, a psychological horror film set in the Tudor court; a story of intrigue, agency, and survival. Having Michelle Williams portray this remarkable woman, an actress of immeasurable talent and passion, is a dream come true," the director was quoted as saying. The film’s shoot will start in the UK next year.

Best known for her work in critically acclaimed films like ‘Brokeback Mountain', 'My Week with Marilyn', 'Wendy and Lucy', 'Blue Valentine' and 'Manchester by the Sea’, Michelle Williams will soon be seen in ‘'Venom: Let There Be Carnage’, which is the sequel to her 2018 hit film ‘Venom’ co-starring Tom Hardy.