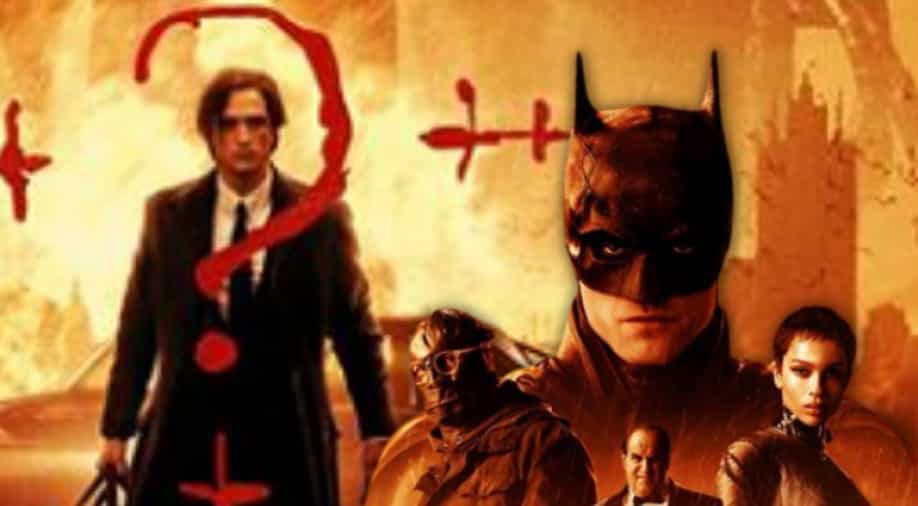 As Matt Reeves most anticipated movie 'The Batman' inches closer to its release date, the makers have been constantly dropping new posters and teasers to increase the excitement among the diehard fans.

The new intense poster of The Batman showcases most of the main characters of the movie, including Robert Pattison as both Bruce Wayne and Batman, Zoe Kravitz as Catwoman, Paul Dano as The Riddler, and Colin Farrell as the Penguin.

The poster set in a fiery backdrop reads:  ''Unmask the truth.''

The Batman' will follow Bruce Wayne in the second year of his crime-fighting campaign in Gotham City.

Christian Bale to Ben Affleck: Hollywood actors who have played Batman over the years

The movie will see Pattinson approaching the caped crusader's character in an entirely different way  and the actor will be backed by a supporting cast that includes Farrell as The Penguin, Dano as The Riddler, Kravitz as Catwoman, John Turturro as Carmine Falcone, Peter Sarsgaard as Gil Colson, Jayme Lawson as Bella Real, Barry Keoghan as Officer Stanley Merkel, and Andy Serkis as Alfred Pennyworth.