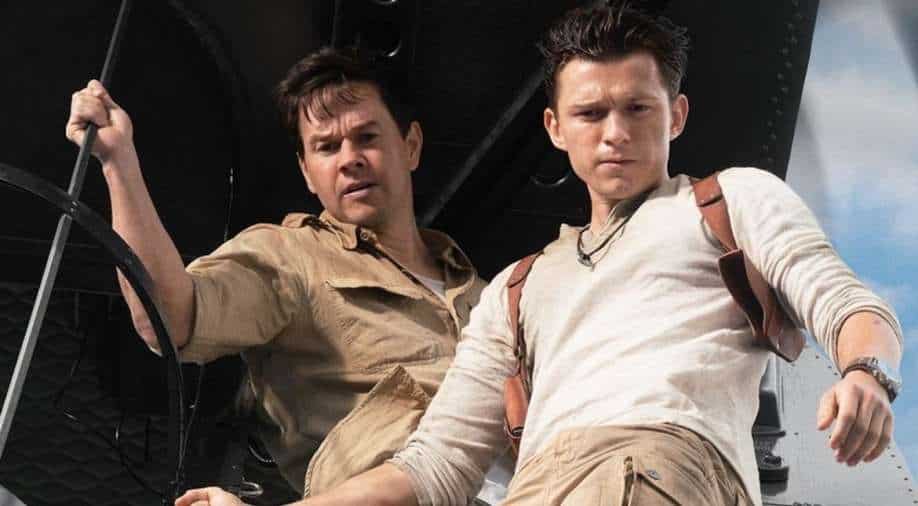 The movie starring Tom Holland took in an estimated $44.2 million for the Friday-to-Sunday period.

The movie starring Tom Holland took in an estimated $44.2 million for the Friday-to-Sunday period and a projection of $51 million when Monday -- a holiday in the US -- is included, Exhibitor Relations said.

Based on a PlayStation video game and faring better among viewers than critics, "Uncharted" features Holland as a bartender-turned-treasure hunter who, along with Mark Wahlberg, goes looking for a fortune allegedly lost by Portuguese explorer Ferdinand Magellan 500 years ago.

Starring and co-directed by Channing Tatum (with Reid Carolin, who wrote the "Magic Mike" movies), "Dog" tells the story of an Army Ranger recovering from a brain injury who agrees to drive Lulu, a dog wounded while working with the army in Afghanistan, to the funeral of her handler.

"Dog," which has been generally well-reviewed, was Tatum's first live-action lead role in five years.

Tom Holland, and Sony, had a particularly good weekend, also grabbing the third spot with the enduring success of blockbuster "Spider-Man: No Way Home."

It took in $7.2 million for three days ($8.8 million for four), and is the third-highest grossing domestic release ever.

Slipping three spots from last weekend, when it topped the box office, was 20th Century's murder mystery "Death on the Nile," based on a 1937 Agatha Christie novel.

Directed by Kenneth Branagh -- who stars as elaborately moustached Belgian detective Hercule Poirot -- it took in $6.3 million for three days ($7.2 million for four). Spoiler alert: the moustache gets a backstory of its own.

And in fifth spot was Paramount's "Jackass Forever," which took in $5.2 million ($6.2 million), slipping from second spot last weekend. The irreverent gross-out comedy stars Johnny Knoxville (a co-producer) and his merry pranksters.