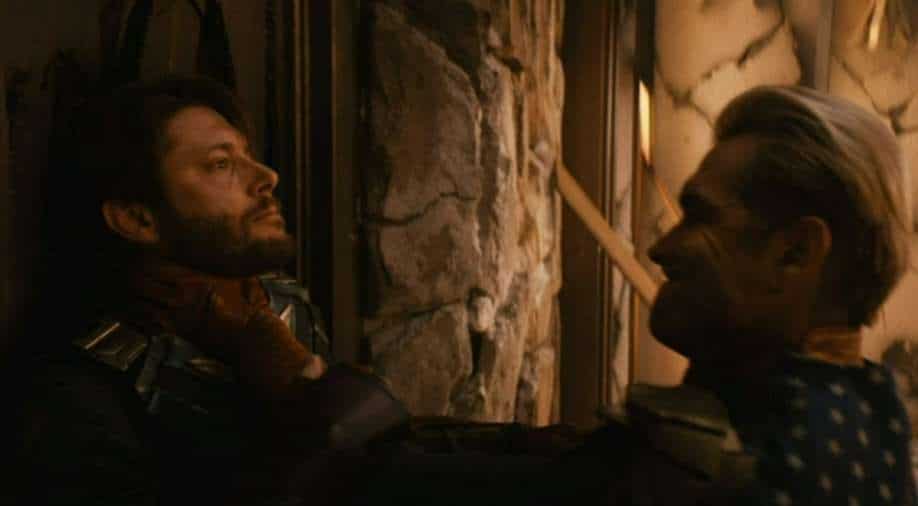 'The Boys' streams on Amazon Prime Video. Photograph:( Others )

A featurette from Amazon Prime Video's comic-book TV series 'The Boys' goes behind the scenes of the major battle in the sixth episode of the show's ongoing third season, titled "Herogasm".

The fight was brutal and excellently choreographed. Homelander handled it well for a while before being restrained by all three. But he managed to escape before they could kill him. It was incredible that even three supes struggled to take down Homelander.

Spoilers if you haven't got a load of #Herogasm yet. But givin’ ya a little peek at how the (love) sausage gets made. pic.twitter.com/leYknF2M35

The behind-the-scenes video features a specific shot in which Homelander slams Soldier Boy into a wall. Interestingly, Ackles does actually get slammed by Homelander, both suspended from cables, but it is a green padded wall. Still, the commitment of the actor to the shot is admirable.

Also Read: After 'Mare of Easttown', Kate Winslet to star in this HBO miniseries

Meanwhile, 'Herogasm', the episode that is, has changed a lot of things in the show's world. It had Annie January or Starlight (Erin Moriarty) telling the truth about Homelander and Vought. She can now count Victoria Neuman (Claudia Doumit) as her ally. A-Train (Jessie Usher) is likely dead due to heart failure. And now Homelander knows he is not invulnerable anymore.

With two more episodes remaining for the season, fans are excited as to what is come. We know there is a lot of action in the finale, as confirmed by creator Eric Kripke.

'The Boys' streams on Amazon Prime Video. Episodes debut on Friday in India.