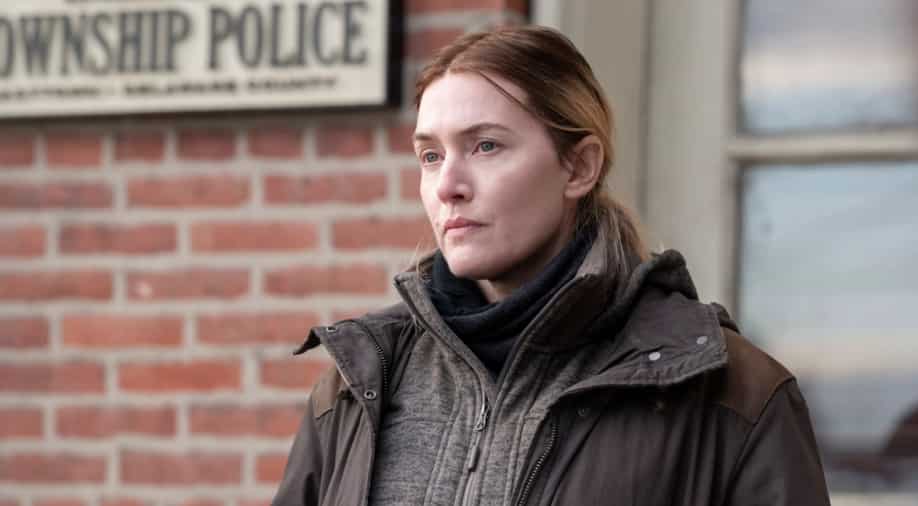 Kate Winslet in 'Mare of Easttown'. Photograph:( Others )

After the success of 'Mare of Easttown' Kate Winslet has set her next project at HBO. She will star in and produce a small screen adaptation of author Hernan Diaz's 2022 novel 'Trust' for the premium network.

After the success of 'Mare of Easttown' Kate Winslet has set her next project at HBO. As per Deadline, she will star in and produce a small screen adaptation of author Hernan Diaz's 2022 novel 'Trust' for the premium network.

Diaz will also executive produce the miniseries. Set in the 1930s, the novel follows a Wall Street tycoon Benjamin Rask and his wife Helen Rask. The rumours about their relationship begin to spread and a popular novel based on them has adversely affected their reputation.

Benjamin asks his secretary to ghostwrite a memoir to set the record straight, but the said secretary notices several discrepancies in his narrative, particularly regarding his wife.

The novel is said to be a puzzle box.

Meanwhile, 'Mare of Easttown', released in 2021, followed Winslet's detective sergeant Marianne "Mare" Sheehan, who was tasked to solve a murder of a teenage girl while simultaneously dealing with problems plaguing her personal life.

The series, written by Brad Ingelsby and directed by Craig Zobel, became a sensation and clinched four Emmys, including Outstanding Lead Actress for Winslet.

The series also won critics' love. It scored 95 per cent on the review aggregation site Rotten Tomatoes. The critical consensus reads, "Grounded by a career-best Kate Winslet, Mare of Easttown's ambitions at times exceed its reach, but its central mystery is supported by such strong sense of place and character it hardly matters."

Winslet has won another Emmy before 'Mare of Easttown', that too for an HBO miniseries called Mildred Pierce, which was released in 2011. She will next be seen in James Cameron's much-awaited 'Avatar: The Way of Water', the second film in the 'Avatar' series, later this year.