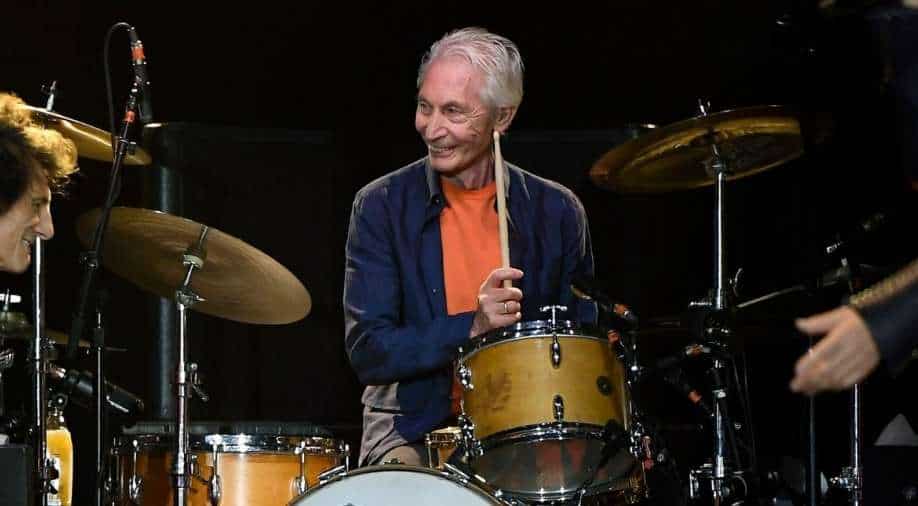 Charlie Watts had recently undergone an unspecified medical procedure, and was planning to sit out the band`s upcoming fall tour

The Rolling Stones recently paid tribute to late drummer Charlie Watts with a sweet tribute video declaring that his drum set has closed for business.

According to People magazine, the video, shared on the band`s social media accounts on Friday, was a two-minute clip set to the 1974 track `If You Can`t Rock Me`, and featured various photos and videos of Watts over the years. Many of the snaps of Watts, who died on Tuesday at age 80, showed off his dapper sense of style and skills behind the drums and ranged in age from him as a child to some of the more recent Stones shows.

In the clip, he said, "When the Stones asked me to join, they talked in terms of a band, a commitment, in other words. So I was like, `Oh, this will go on a year, and then next year, it`ll fold up.`"In one video, an angel soared above the famously mild-mannered Watts, while he rolled his eyes at frontman Mick Jagger`s antics as they posed for a photo in another."If you have any questions, Charlie will answer," Jagger joked at a press event, much to Watts` chagrin. The tribute concluded with a photo of Watts` drum set that had a "closed" sign hanging on it.

Following Watts` death, who had played with the band since 1963, each of his longtime bandmates paid tribute in their own way.Keith Richards shared the same drum set photo that closed out the video, while Jagger shared a smiling picture of Watts. Ronnie Wood opted for a recent photo of the two men together, writing, "I love you my fellow Gemini ~ I will dearly miss you ~ you are the best."Watts` death was announced on Tuesday by his publicist, who said the Rock and Roll Hall of Famer died at a London hospital surrounded by his family.

"Charlie was a cherished husband, father and grandfather and also as a member of The Rolling Stones one of the greatest drummers of his generation. We kindly request that the privacy of his family, band members and close friends is respected at this difficult time," the statement read.

Watts had recently undergone an unspecified medical procedure, and was planning to sit out the band`s upcoming fall tour in order to get "proper rest and recuperation."As per People magazine, the 12-date `No Filter` tour will reportedly move ahead as scheduled, with Steve Jordan taking Watts` place.

From Dwayne Johnson to Gal Gadot: Celebrities look-alike that will surely blow your mind