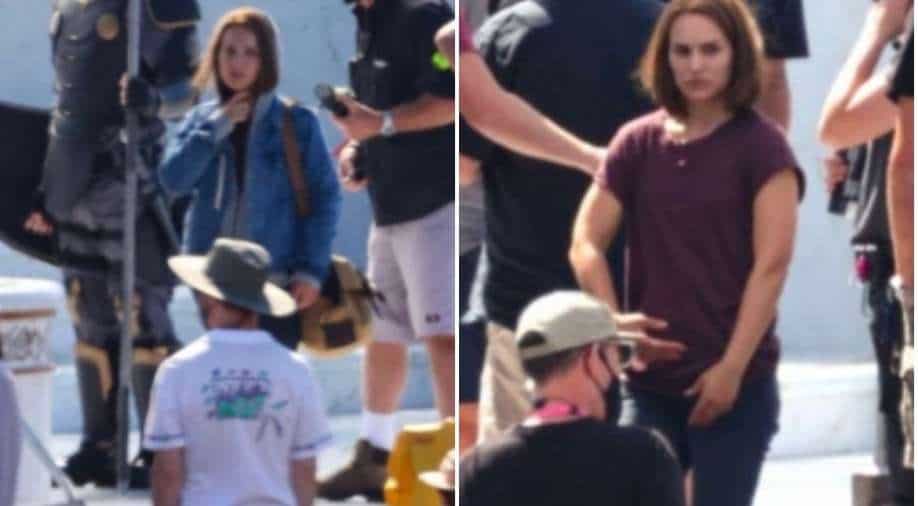 Natalie Portman on the sets of 'Thor: Love and Thunder' Photograph:( Twitter )

There is a lot of excitement around the Taika Waititi directorial 'Thor: Love and Thunder'.

There is a lot of excitement around the Taika Waititi directorial 'Thor: Love and Thunder'. The film is still under production in Australia but leaked photos from the sets keep the internet buzzing from time to time.

The latest photos that have surfaced from the sets feature Natalie Portman and her toned arms! Portman, who plays the female Thor, reprises her role of Jane Foster, was spotted on the sets a few days back. Fans couldn't stop raving about her well-toned arms. The actress is reportedly working very hard to look her part.

@hhau_naulak She is so ripped.😱

A few days back, fans had a similar reaction to Chris Hemsworth's photos. Hemsworth, who has been playing Thor in MCU films, has visibly beefed up to play the God of Thunder.

The film has an impressive star cast which includes Tessa Thompson who will reprise her character as Valkyrie, Christian Bale who plays the antagonist, Karen Gillian as Nebula and Chris Pratt as Star-Lord.

Reports state that while Hemsworth will be seen playing Thor, it will for the first time that Portman's character will weild her superhero p[owers, which explain the well-toned arms in the pictures.