Monsters At Work S1, EP 1 & 2 review: Tussle between the monster and jokester within 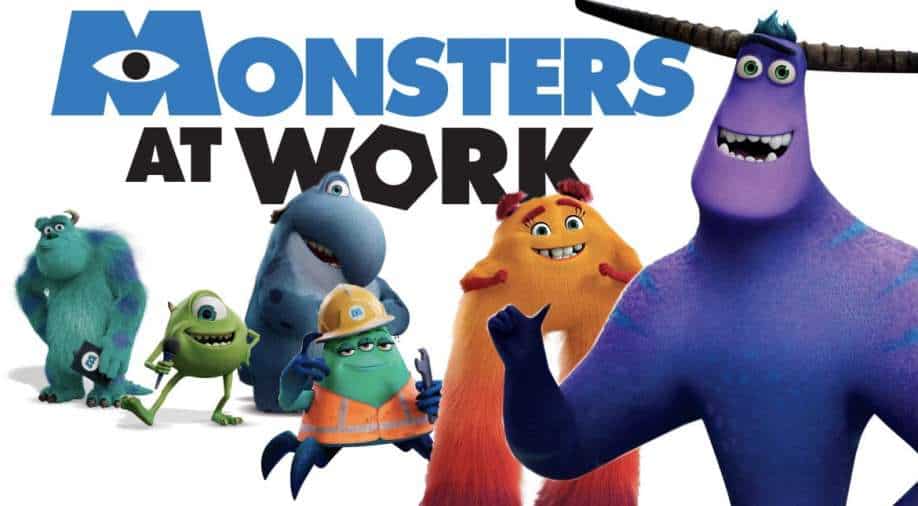 As is the case with most animated movie/series, the recurring theme of 'Monsters At Work' seems to be the good old 'good versus evil'. But have the creators found an untapped undertone that's new and refreshing? Only time will tell, we reckon.

Monsters Inc. had a management reshuffle but new ‘scarer’ recruit Tyler Tuskman (voice by Ben Feldman) doesn’t know that yet. After toiling hard at the Monsters University’s School of Scaring, purple-hued, two-horned Tuskman is now faced with an adverse situation at work: his scary services are no longer needed or welcome. “It is laughter we are after,” exclaimed new CEO Sully (voice by John Goodman) and his perpetually chirpy second-in-command Mike (voice by Bily Crystal) nodded in agreement.

With the company—that’s energy-based and where monsters once fed off children’s screams—taking a detour and hiring jokesters instead for recharging their batteries, class-topper Tuskman figures he has no job “unless he makes a kid laugh.” And, since he is the offspring of a hard-working hardware store couple, the Monsters Inc. Facilities Team (pompously called MIFT) thought it was only logical for him to follow suit and the eccentric team absorbs him. Tuskman despises the crew for sucking him into their ‘weird’ mess.

The first two episodes of Pixar’s TV presentation of its film ‘Monsters, Inc’, which released on Disney + Hotstar platform just recently, is dedicated to building up the reverse plot and leading us to the moment when a monster wants to be a jokester. The adorable beasts that had circled around our hearts in its original version back in 2001 are out; new, personable and hyperactive characters are introduced. Although we are only two episodes in, the trope and the underlying metaphor seem all too typical: barbaric to basic, dread to dance and so on and so forth.

Creator Roberts Gannaway picks up from where the original plot had ended, and gives it a seemingly optimistic spin. But we really need to take a hard look on the quality of comedy that’s being served to the loyalists: the makers rely on names like ‘Banana Bread’ and ‘Cutter’ to crack people up. Ah! If only making people laugh was half as easy in real life…

Pixar being Pixar, yes, there’s no dearth of visual excitement in this animated series. The long sequences are rich with vivid special effects-laced imagery. But whether the flow of the plot and the direction in which it’s headed worth the viewers’ time, is moot. Maybe the ‘We scare because we care’ tagline was better for the company, and the series in general.

Is the positivity-driven spin-off going to land right? Only time will tell, we reckon.