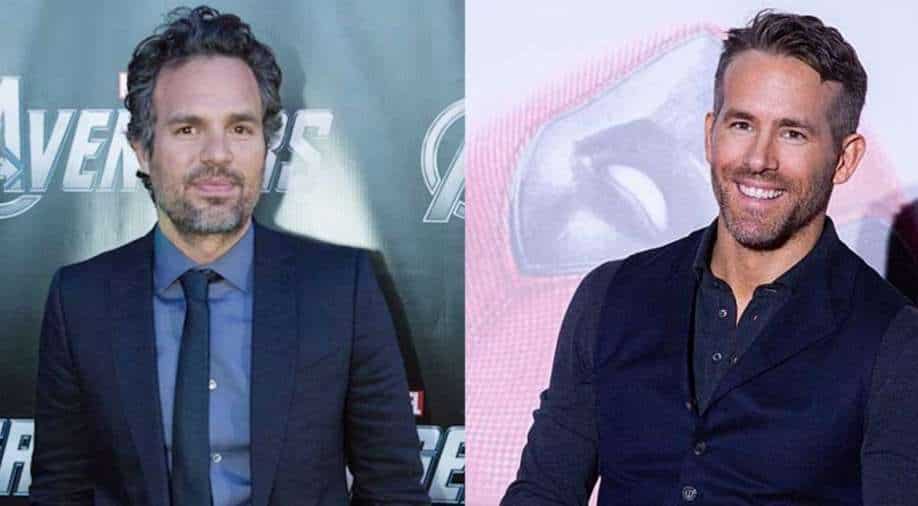 Mark Ruffalo, Ryan Reynolds gave a special tribute recently to the Ukrainian refugees who are leaving their homes behind and taking refuge in neighbouring countries.

Hollywood stars Mark Ruffalo, Ryan Reynolds gave a special tribute recently to the Ukrainian refugees who are leaving their homes behind and taking refuge in neighbouring countries after Russia’s invasion. At the ‘The Adam Project’ red carpet, the two actors along with Zoe Saldana spoke about the real-life heroes of Ukraine.

Mark Ruffalo said, “What we’re seeing is this incredible outpouring of goodwill toward Ukrainian people and democracy at a time when democracy has been under attack throughout the world by Putin and his cronies, including Tucker Carlson.”

“It’s a beautiful representation of who we are as human beings and how we’ve come together, and the Ukrainian people are incredible. They’re heroes. [Ukraine President Volodymyr] Zelenskyy is a hero. That’s what it looks like when people come together to fight for something that’s right. I’m praying they succeed in what they’re trying to do,” he added. Watch: Old video of President Zelensky performing on 'Dancing With The Stars' goes viral

Meanwhile, Ryan Reynolds told Variety, “We just felt that we were incredibly fortunate to be able to do something like that, and it’s hard not to elicit enormous empathy to the idea that families big and small are being told they have to flee their homes they’ve had their whole lives in a matter of minutes. I just can’t imagine how that would feel for a parent, let alone anybody.”

Also read: Ukrainian musician trades guitar for the gun as he joins the military to fight the Russians

Ryan Reynolds and wife Blake Lively had announced on Saturday that they would match up to $1 million in donations to help Ukrainian refugees through the United Nations High Commissioner for Refugees.