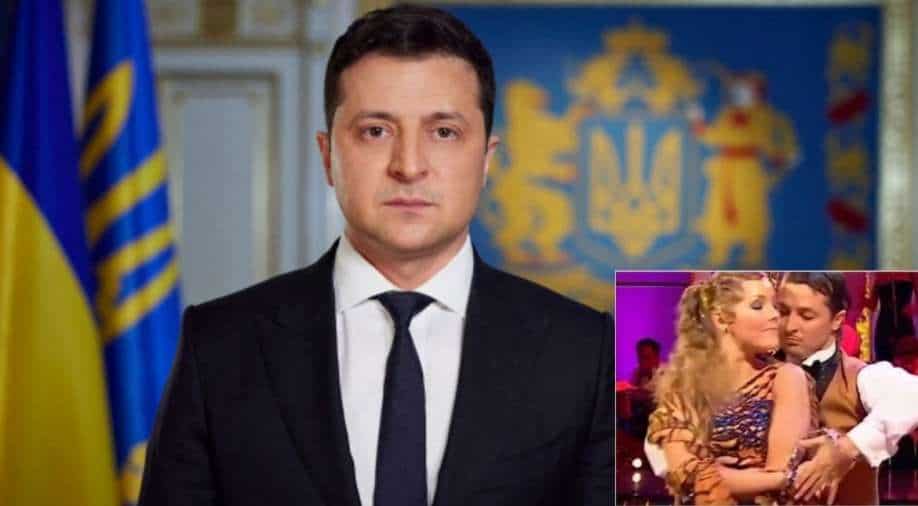 Ukrainian President Volodymyr Zelensky is a man of many talents. In the past few weeks, Zelensky has been admired for his leadership even as Russia continues to invade Ukraine.

Ukrainian President Volodymyr Zelensky is a man of many talents. In the past few weeks, Zelensky has been admired for his leadership even as Russia continues to invade Ukraine.

Zelenskky was known to be a popular stand up comedian but Twitter is now going ga-ga over his dancing skills.
An old video from 2006 has surfaced online which had Zelensky as one of the participants of the country's version of 'Dancing With The Stars'.

Fans from Twitter to TikTok can't get enough of Zelensky’s perfect moves — including one number that saw him and his partner Olena Shoptenko donning full blindfolds as they mentally counted steps, hitting their marks with perfection.

"I actually fainted tho ," one Tik Tok user captioned a clip of Zelensky and Shoptenko performing.

Has anyone told Putin that his army has been massacred for 6 days by the 2006 winner of 'Dancing with the Stars'? 🕺💃✨❤@DancingABC
As @ZelenskyyUa has proven to be such a brave 🇺🇦leader, his epic dancing triumph is blowing people around the world awayhttps://t.co/7mxqs8EroT

Ukraine President Volodymyr Zelenskyy first became a household name in his own country when he appeared on Ukraine's version of Dancing With The Stars in 2006 💙💛🇺🇦 #zelensky #ukraine #checken #kiev pic.twitter.com/5OizuKDM3q

The videos surfaced just days after it was revealed that the President had done the voice over of the Peruvian Brean in the 'Ukrainian versions of 'Paddington' and 'Paddington 2'.

"Until today I had no idea who provided the voice of @paddingtonbear in Ukraine. Speaking for myself, thank you, President Zelenskiy. #PaddingtonBear," British actor Hugh Bonneville had tweeted, alongside a video of Zelensky.

Zelensky has been earning praise for engaging with his people on social media and stating that he had no plans to leave the country but fight the Russian troops instead.