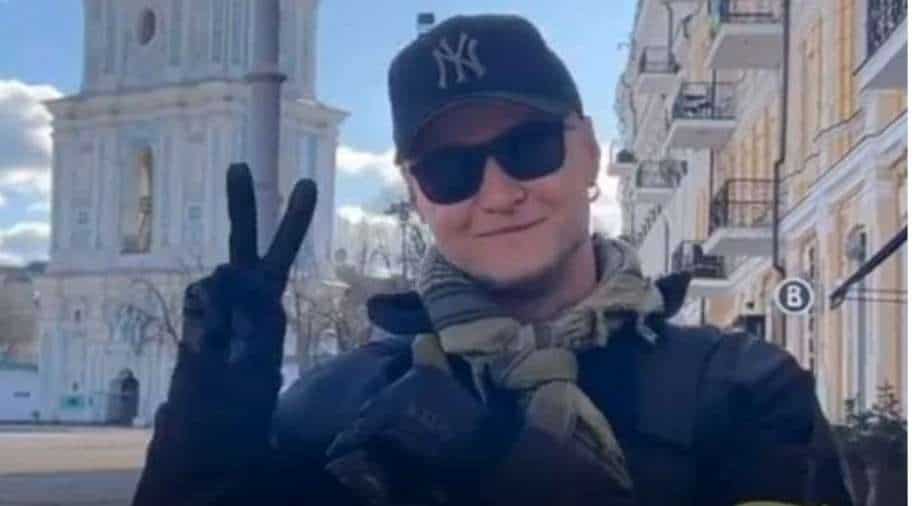 Andriy Khlyvnyuk is part of the Ukrainian band Boombox.

It is the need of the hour and so a Ukrainian musician has decided to trade his microphone for military fatigues and an assault rifle as he aids his country in defending itself against Russia's invasion.

Andriy Khlyvnyuk is part of the Ukrainian band Boombox. He was recently seen in social media images wearing military get up and holding a weapon instead of a guitar amid the deadly Russian invasion.

"Musicians are peacemakers," Khlyvnyuk, 42, recently told the Euronews website — but "now it's not time for playing the guitars. It's time to take the rifles. They bombed us." The musician revealed that he had left his children in the care of his grandmother in the interim.

Khlyvnyuk though still hasn't given up on his music. Instead, he is using his talent to uplift the spirits of people amid the crisis. On Monday social media images showed him performing outside a church.

The image shows Khlyvnyuk clad in military garb, a New York Yankees cap and a rifle over his shoulder.

On Sunday, Khlyvniuk spoke to Rolling Stone about his decision to join the military and stated that in his estimation, Ukraine is well-equipped to handle any push from Russian troops.

"We do not need anything," he said. "It's them who need us. Both the West and Ukraine declare adherence to the same principles: equal rights for all, rule of law, right to choose, human rights above all, not the animal rule of the strongest, but morality and intellect."

"They need us as the shield to protect it all," Khlyvniuk said.