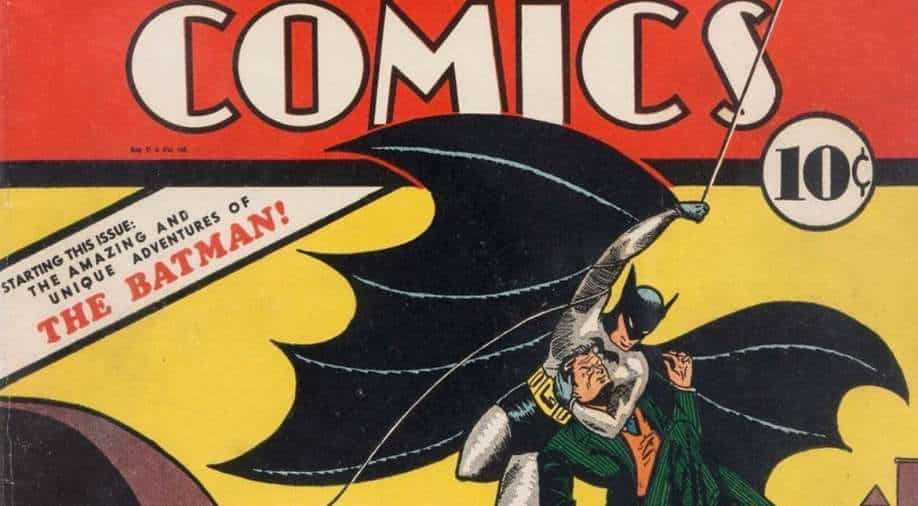 Meanwhile, the record holder for most expensive comic ever was set in 2014, when a 9.0 copy of Action Comics No. 1, the first appearance of Superman was sold for $3.2 million.

A copy of the very first appearance of Batman has sold at auction for $1.5 million.

It has now become the most expensive comic book starring The Dark Knight ever sold.

Before this, 1939’s Detective Comics No. 27 was sold at a whopping price of $1,075,000 ten years ago. It was sold unrestored, but nonetheless graded “fine/very fine 7.0” in terms of quality by Certified Guaranty Company.

"I'm not at all surprised at the result," Barry Sandoval, Heritage Auctions vice president said of the sale. "After all, this is one of the best copies you will ever see of one of the most important comic books ever published."

Artist Bob Kane and writer Bill Finger's story ‘The Case of the Chemical Syndicate,’ published in Detective Comics No. 27, introduced the world to The Dark Knight.

The Detective Comics sale came during the first session of Heritage Auction’s four-day Comics & Comic Art event, which runs through Nov. 22 and features the so-called “Alfred Pennyworth Collection”, a Batman-centric collection from Randy Lawrence; his Batman No. 2, from 1940, sold for $63,000 during the same session.

Meanwhile, the record holder for most expensive comic ever was set in 2014, when a 9.0 copy of Action Comics No. 1, the first appearance of Superman was sold for $3.2 million.