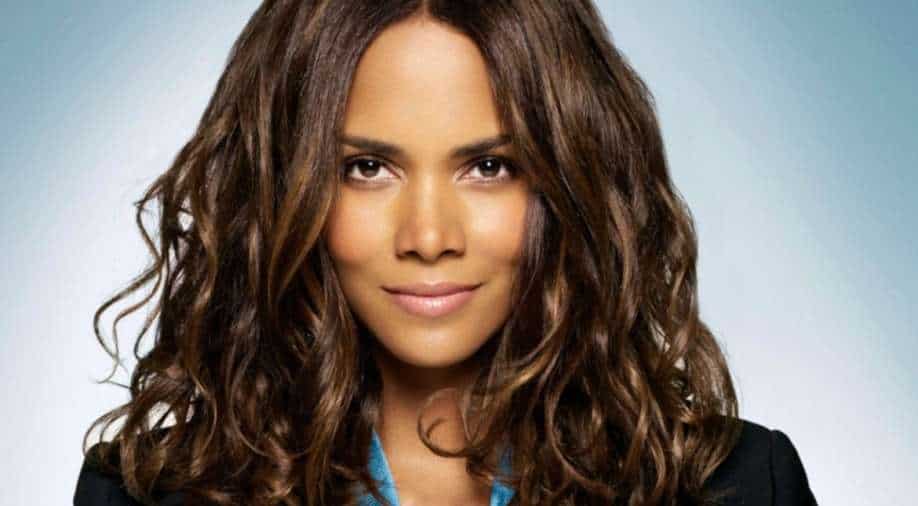 Speaking to WION in an exclusive conversation, Oscar-winning actress Halle Berry opened up on playing an astronaut in science fiction disaster film ‘Moonfall’ and the experience of shooting make-believe scenes where no monster/disaster is ‘real’.

“The moon is threatening to crash into Earth and when it does that, before it gets there, it will break into a billion, trillion little pieces that will come crashing onto the Earth and will pretty much kill everyone….It goes against everything science believes in so this becomes a battle between science and metaphysics, and what is possible in both of those realms,” says Hollywood star Halle Berry as she talks with passion of the plot of her newly released film ‘Moonfall’ by Roland Emmerich. But what if the moon was indeed a megastructure built by aliens? That’s some food for thought for sure!

Speaking to WION in an exclusive conversation, Oscar-winning actress Halle Berry opened up on playing an astronaut in science fiction disaster film ‘Moonfall’ and the experience of shooting make-believe scenes where no monster/disaster is ‘real’.

Here are the excerpts from the full conversation:

WION: How would you describe your character, Jocinda "Jo" Fowler?

Halle Berry: Fowler is wicked smart. She’s a woman who survives in a man’s world. She’s the deputy director of NASA. You don't find a woman in that position…she is extremely intelligent, strong, and has a real sense of self about her. She’s very wilful, she’s had to survive in this world and hold her own. I love her character. I love female characters like hers.

WION: We’ve possibly never seen you in a project like this before. What made you sign up for something so different?

Halle Berry: I think one of the reasons I really wanted to do Moonfall was because it related to the odd times in which we find ourselves living in this COVID pandemic. Normally, big disaster movies like this are movies that people seem to gravitate towards. I think we all have that fascination about the end of the world and what that would look like, if we would live through that. Because the pandemic is so much a part of our everyday life right now, a movie like this would have resonated with me in a different way had that not been the case. It's more relatable now than ever before within the constructs of our life right now. 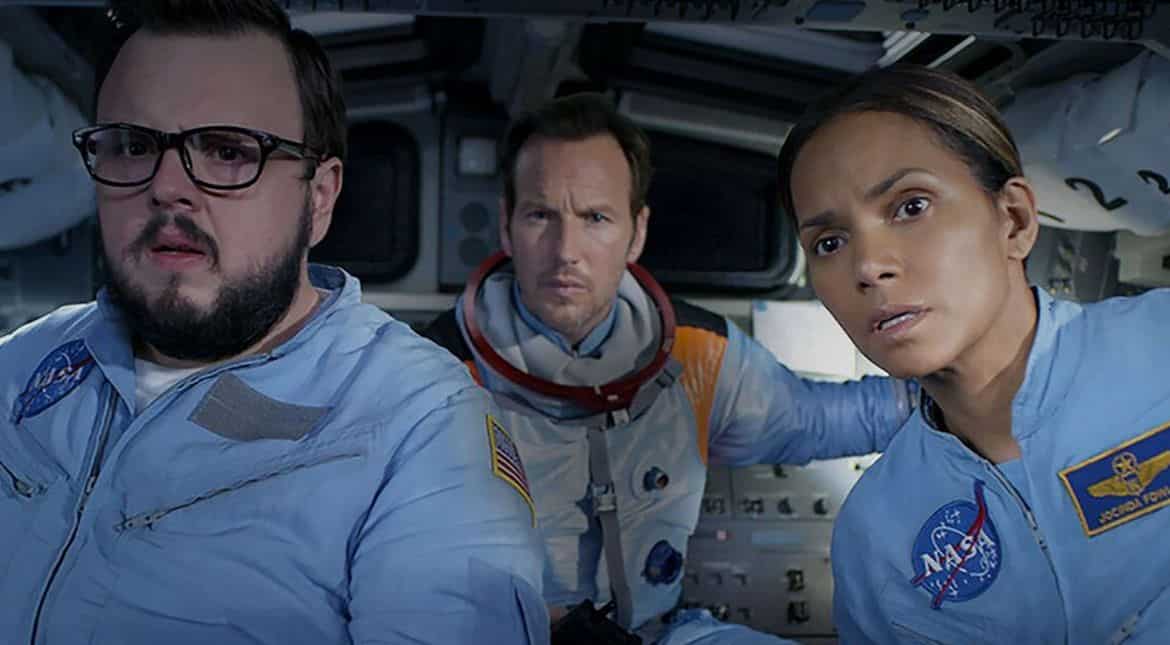 I had just one conversation with Roland in the early days. It was a very quick chat where we talked of the film, he shared the script and I understood what this was all about. We sort of had a meeting of the minds. Originally, this role was written for a man. I do know that. So credit to Roland for taking a character that was male and then realising that this could be a female character and it could have the same impact.

Watch the full interview with the cast of Moonfall here:

WION: How would you describe your chemistry in the film with Patrick Wilson, the love-hate relationship that runs through the film?

Halle Berry: They are the best of friends. Brian (Patrick Wilson) was at her wedding. She clearly knew he knew her husband. They were like work mates. I was his work-wife and he was my work-husband. We were very close to begin with but then this event happens in the movie, where we get estranged. There's sort of a misunderstanding, something very confusing, scientifically unexplainable happens and my character doesn't exactly stand up for him the way she probably could have, and he sort of takes the fall. That starts the beginning of unravelling of their relationship and we get to visit them again in the movie and to sort-of wrong that right, to come to terms with what happened and realise that neither one of them was right or wrong. It was just an unfortunate situation that was hard to explain and they went their separate ways as a result. 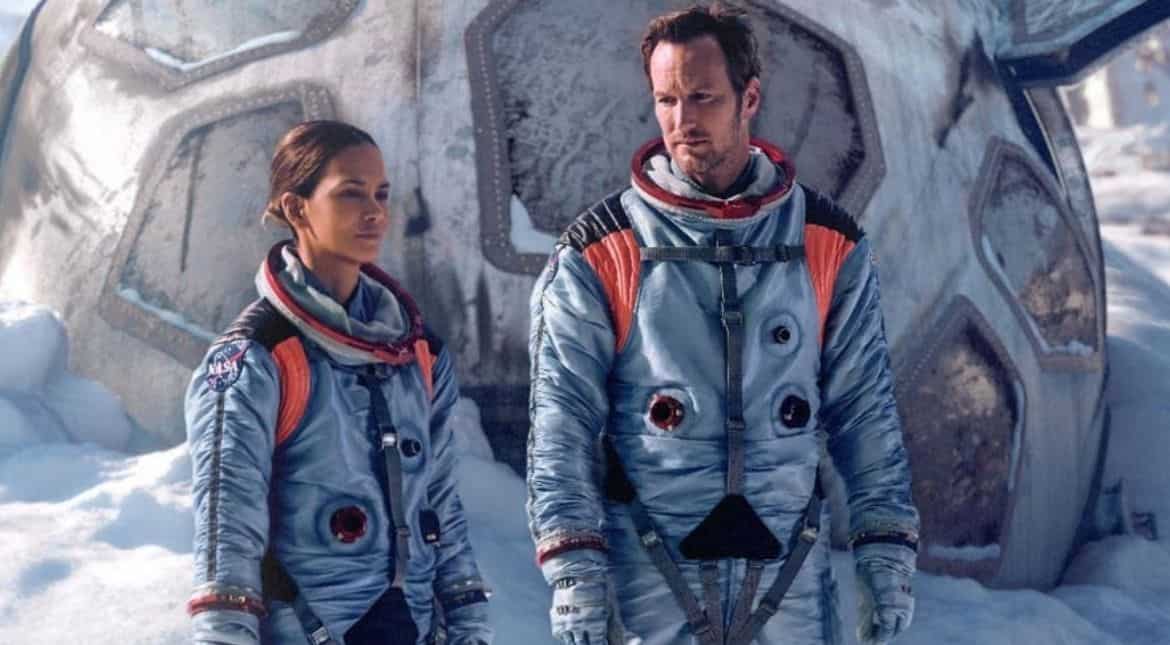 WION: What can you tell us about the plot of the film?

Halle Berry: In the movie, there is an interesting school of thought that maybe the moon is a megastructure, maybe the moon has been built by an alien life form, and inside of the moon is actually hollow, and there’s life living inside the moon. We explore that thought in this movie, that's the metaphysics we explore that is juxtaposed to the science that we know. The moon is threatening to crash into earth and when it does that, before it gets there, it will break into a billion, trillion little pieces that will come crashing onto the Earth and will pretty much kill everyone.

On a personal note, I believe that the moon is really powerful. Whatever it is or anyone thinks it is, it's true that the moon has a strong gravitational pull on the tide, pull on us as humans because we’re mostly water. I’m always in tune with when there’s a full moon, blood moon,.... all the moons become really important in my life.

WION: How difficult or easy is it usually for actors to shoot for such projects when you have to imagine it all, all the disaster elements including destruction and fight sequences?

Halle Berry: That opening attack….we are looking at nothing. It's all imagination. These movies are very different from others, we really have to be able to commit to our imagination. Roland can share with us basic ideas (while filming) but we know too well that the end result will be much more vivid, more alive and real than we can imagine. In such situations, we are forced to use our imagination. It’s a really different way of working…sometimes you can feel disconnected, very disjointed. We have to trust on what's going to happen on the other side since for the most part we are looking at nothing.

Like this one scene where we are supposed to be in an LA street while we were actually in Montreal, Canada. We were on a big street and of course there’s nothing so we had to imagine this big spaceship rolling through the neighbourhood and crashing the structures around. It's back to acting basics 101 using our imagination and creating for ourselves what that would feel like if we were in that situation. That's the job on movies like this. There’s a lot of make-believe.

WION: How did you tackle anti-gravity sequences, was this a first for you?

Halle Berry: Recreating the gravity was pretty easy for me. I played an astronaut on a TV show for 2 years. So I actually did a Zero-G flight which was amazing. I have in my body what it feels like to float, what weightlessness is, how body moves, I understood fundamentally what that was. Those were just fun things to revisit.

WION: You happened to visit NASA while shooting the film, what was that experience like? Do you feel you’re more of a scientist now than ever courtesy the film?

Halle Berry: It was amazing to know that we were touching buttons that real astronauts have and using real equipment that they use to fly. We also had an astronaut on the set with us to give us a rundown, what button to push what not to. We tried to bring as much authenticity to all the scenes as possible.

WION: The trailer almost pits all of you as anti-heroes while trying to save the world. Shed some light on that for us.

Halle Berry: We are all kind-of anti heroes. Don't think any one of us wants to be there but we have to be there. While Brian is this disgruntled person who doesn’t want to be there and is struggling to get his life together, my character is there because she is an expert navigationalist who guides the mission. KC represents the everyday average guy on the flight of his life who has nothing to do with NASA, but has a brilliant mind that has come up with the idea that the moon is a megastructure. It’s a fun group. KC Houseman brings a lot of humour that movies like this need. I hope my character brings some heart too since a woman’s sensibilities are often different from a man. We all bring something a little different than another. It's a good trio.