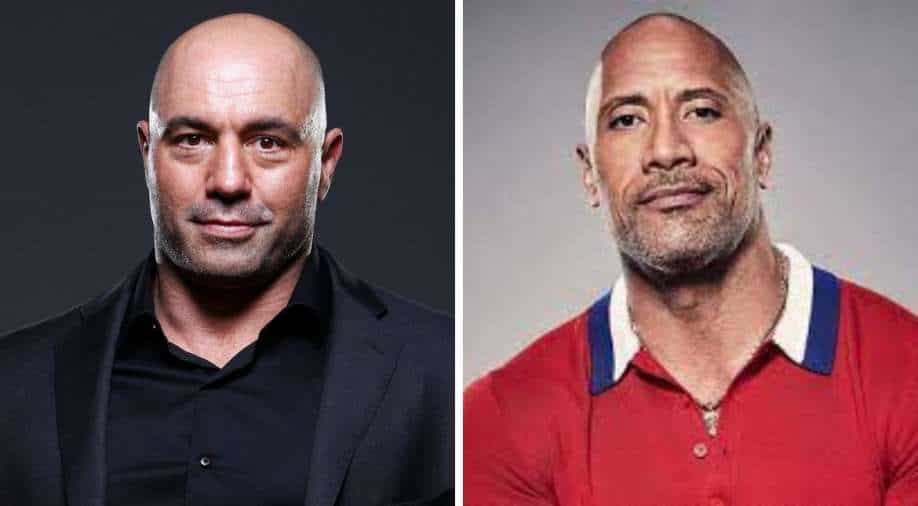 Joe Rogan has apologised for using the 'N-word' after he was slammed by many musicians.

Dwayne Johnson is backing out from his prior support to podcaster Joe Rogan.

The Hollywood star had previously expressed support for Joe but after it was found out that he had used the controversial ‘N-word’ and has even apologised for it, the actor has distanced himself from the whole controversy.

Joe Rogan has been in the news for the past week after he protested removal of Neil Young’s music and of other musicians from Spotify. It’s where Joe Rogan’s podcast is licensed. Neil Young had demanded in an open letter to Spotify to remove his music from the platform he said is spreading vaccine disinformation via the popular podcaster Joe Rogan. "I am doing this because Spotify is spreading fake information about vaccines -- potentially causing death to those who believe the disinformation being spread by them," wrote the legendary singer.

The musicians have blasted the streamer to object to Joe Rogan’s guests on his podcast and some of the information shared therein. Singer India Arie posted clips where Rogan can be heard using the N-word. She posted the clips to tell fans why she was withdrawing music from Spotify.

After it came to fore, Dwayne Johnson said, “I was not aware of his N-word use before my comments, but now I’ve become educated to his complete narrative. Learning moment for me.”

Dear @donwinslow
Thank you so much for this
I hear you as well as everyone here 100%
I was not aware of his N word use prior to my comments, but now I've become educated to his complete narrative.
Learning moment for me.

Mahalo, brother and have a great & productive weekend.
DJ https://t.co/3mBf85wRoe

Hi @CheriJacobus,
I owe you a sincere apology.
I didn’t show up the way I would’ve liked to in our dialogue and my language to you was offensive.
I apologize.
Thank you and your followers for all the dialogue here.
Have a great & productive weekend.
DJ

Joe Rogan too apologised for the slur. He said, “It looks fu**ing horrible. Even to me. I know that to most people, there is no context where a white person is ever allowed to say that word, never mind publicly on a podcast. And I agree with that now, I haven’t said it in years.”