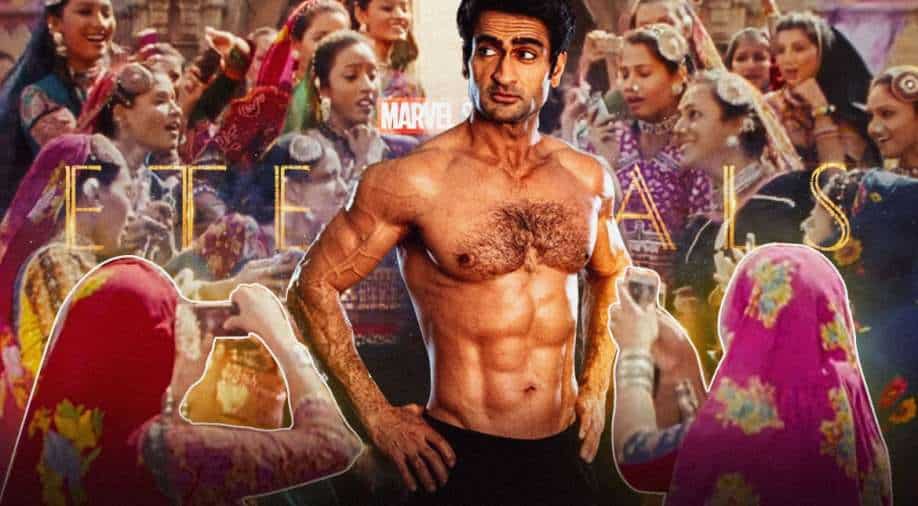 Kumail Nanjiani has recently revealed that he had communicated to Zhao in the initial days that he cannot dance. But, Zhao tricked him into doing it.

Oscar-winning filmmaker Chloe Zhao says Kingo in 'Eternals'--played by Kumail Nanjiani--is a character that was always meant to be a Bollywood hero and that the dance sequence in her upcoming directorial venture is 'incredible'.

"When I came into the process, there was a treatment and in the treatment, there are always stories and parts that take place in Mumbai. Kingo is a Bollywood star in the present day and I thought that was so interesting because we knew Kingo is going to be a character that embraced the side of humanity that loves pop culture, that loves storytelling, that showmanship," Zhao told Indian news agency PTI in a virtual round table conference.

"It was interesting to see the writers and the Marvel team did not just make him a Hollywood star since we’ve seen him in many times, but really to make him a Bollywood star and also have this beautiful, joyous dance sequence. I thought it’s incredible to include in a big Marvel movie," she added.

Nanjiani has recently revealed that he had communicated to Zhao in the initial days that he cannot dance. But, Zhao tricked him into doing the dance sequence by promising to change that bit into an action scene, which, of course, never happened.

Zhao has been wanting to work with the MCU for so long, she revealed. "I wanted this so bad because I wanted to work with the team at Marvel because I love the movies… Also with this particular story, I felt like I have something to offer. And it’s a story that would address questions that I have for myself as a human being. So, I knew the making of that will allow me to grow," she said.

Chloe Zhao, who made international headlines after winning the Oscar for 'Nomadland', said she is a keen observer of life and humanity.

Also read: The Jonas Brothers are about to get roasted in Netflix special 'Family Roast'

"I’ve been thinking about us as a species, like as humanity, we are literally thinking about leaving the planet and going somewhere else. As a species, we’re always trying to leave home and search for something else — meaning, land, gold, opportunity — whatever it is. And then in the end, when we get older we always end up wanting to go home… As I am getting older, I think about these themes quite a lot, you know, belonging and home," she said.

However, Zhao said that she worries about being lost in translation.

"Every film I make I worry that it is gonna get lost in translation and you never know. That’s the thing, I try not to go there. When a film is done in this moment right now, this movie (‘Eternals’) is more yours than mine. So I have no control of that and the chemistry of where we are in the world now."

Chloe Zhao said that a lot of other movies have collectively inspired her to tell the story of these brand new characters.

'Eternals' is releasing in India on November 5 in English, Hindi, Tamil, Telugu, Kannada and Malayalam.