Armie Hammer trends as his private chats on cannibalism and sex is leaked online, fans claim it's fake 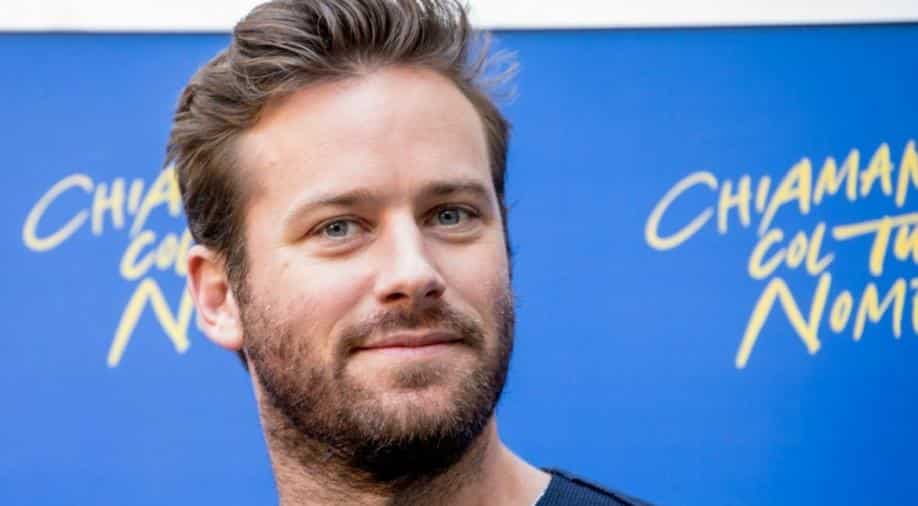 Armie Hammer's name trended over the weekend after screengrabs of private chats allegedly from the actor's account got leaked on the internet.

Hollywood star Armie Hammer, who is best known for his performance in 'Call Me By Your Name' is in news for the wrong reasons.

Hammer's name trended over the weekend after screengrabs of private chats allegedly from the actor's account got leaked on the internet. The handle which appears to have Hammer's name on it and chats extensively talk about sex and cannibalism among other shocking and strange interests.

While the contents of the now-viral chats have raised eyebrows, several fans claim that the chats are 'fake' and have been sent from unidentified Twitter handles.

The screengrabs of the chats show Hammer speaking about cannibalism with various women in private chats.

Multiple victims of Armie Hammer came out saying he used his fame to manipulate em to have sex, calling em "kitties" and drink their BLOOD, now WHAT IN HANNIBAL LECTER??? pic.twitter.com/LWxgZdXC4t

A user on  Twitter shared a series of messages which seem to have been sent from Hammer's official account.

It is not clear yet if the actor's handle was hacked, which resulted in these messages being sent, or if the images were manipulated and edited.

While many have argued that the leaked messages are not from the actor's account, there are others who called for a ban on his Twitter account.

One user decided to drag the actor for one of his earlier tweets, where he had said that “When you hurt your body, sometimes the best medicine is to just have another human being rub their human body against your human body.” The actor had shared the tweet following a physiotherapy session.

THIS CANNOT BE REAL

you can see where the messages/icons are uneven... in one of them you can even see the creator's icon only partially cropped out in the top left... people have no brains

Someone made fake DMs of Armie Hammer claiming to be a cannibal.

Ok but if the armie hammer being a cannibalist thing turns out to be fake which there’s already evidence that it is fake, I feel bad for him bc his whole rep literally just got ruined 😭

Hammer has so far not commented on the viral chats so far.