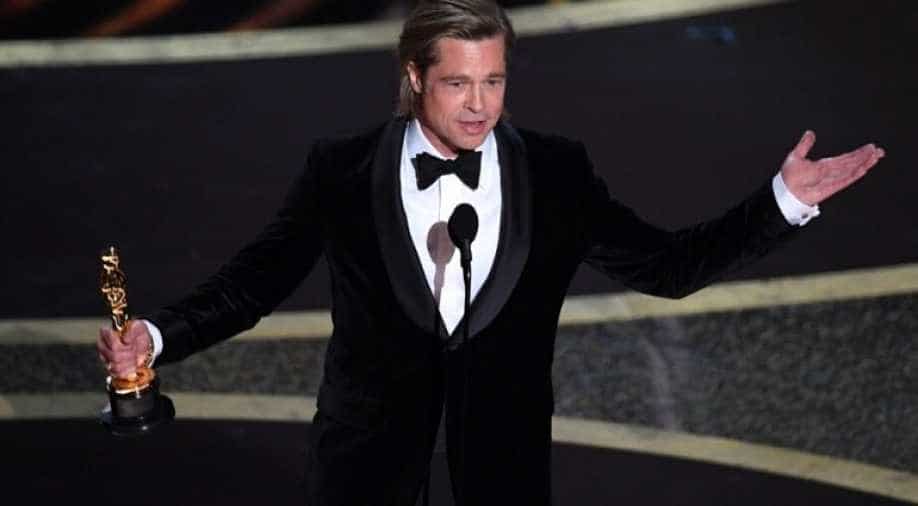 Brad Pitt at the Oscar ceremony on Sunday Photograph:( AFP )

Recently to pick up his first Oscar for Best Supporting Actor, Brad Pitt rocked the Academy stage with a crazy speech.

Brad Pitt has been everywhere lately. The Hollywood star has been picking Best Supporting Actor his role in Quentin Tarantino’s ‘Once Upon A Time in Hollywood’ as he plays a stuntman to Leonardo DiCaprio’s character.

Recently to pick up his first Oscar for Best Supporting Actor, Brad Pitt rocked the Academy stage with a crazy speech as he mentioned stuff about Donal Trump impeachment, his love for kids and more. Read his full speech here.

Before this, his speech at SAG Awards also had everyone swooning specially with the camaraderie cameras caught between him and his ex Jennifer Aniston.

Brad Pitt has now revealed that all his punches in the Oscars speech was thanks to director David Fincher who is very close to the actor.

Brad said, “My man Fincher, we trade barbs every week,” of the filmmaker, who has directed him in three films including ‘Fight Club’ and ‘The Curious Case of Benjamin Button’, for which Pitt was nominated for his first Best Actor Oscar.