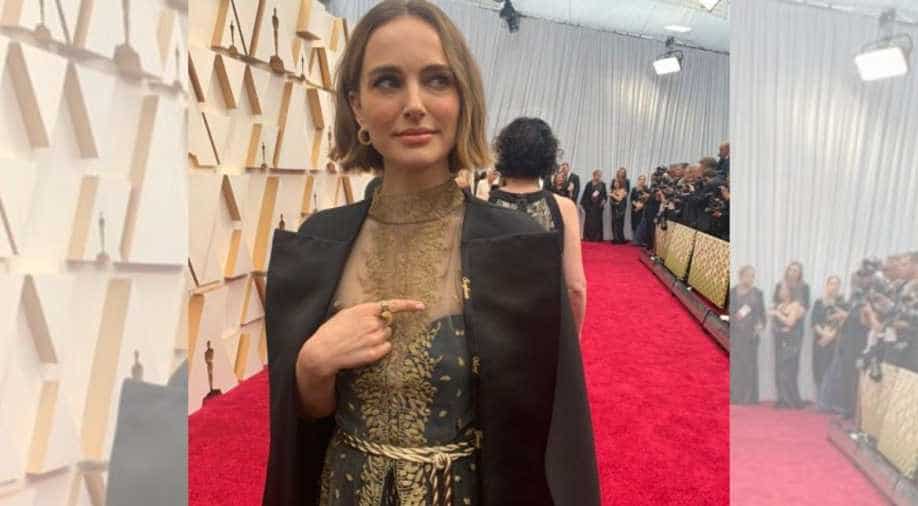 Sporting a crop hair look with her black cape gown, Natalie made a statement at the red carpet

Hollywood actress Natalie Portman stunned at the Oscars red carpet as she honoured all women directors last year that failed to get recognised by The Academy.

Sporting a crop hair look with her black cape gown, Natalie made a statement at the red carpet as she threw light on how The Academy fails to recognise the work of women directors every year. Catch all the live updates from Oscars ceremony here.

natalie portman wore a dior cape embroidered with all of the female directors who weren't nominated #oscars pic.twitter.com/fjd6CeuQUc

When the nominations list came out earlier last month, The Academy faced criticism for being sexist as it failed to nominate work by any female director in its coveted lists.

This is not the first time that Natalie has raised her voice for female directors as in 2018 Golden Globes, while presenting the best directors award, she introduced it as “and now, here are the all male nominees” before announcing the winner.

Meanwhile, the 92nd Academy Awards has started with a bang as the first award of the night was given out to Brad Pitt as he took home the Best Supporting Actor award for his role in ‘Once Upon A Time In Hollywood’.