'Helicopter Eela' review: Kajol, Riddhi Sen are good, the story not so much 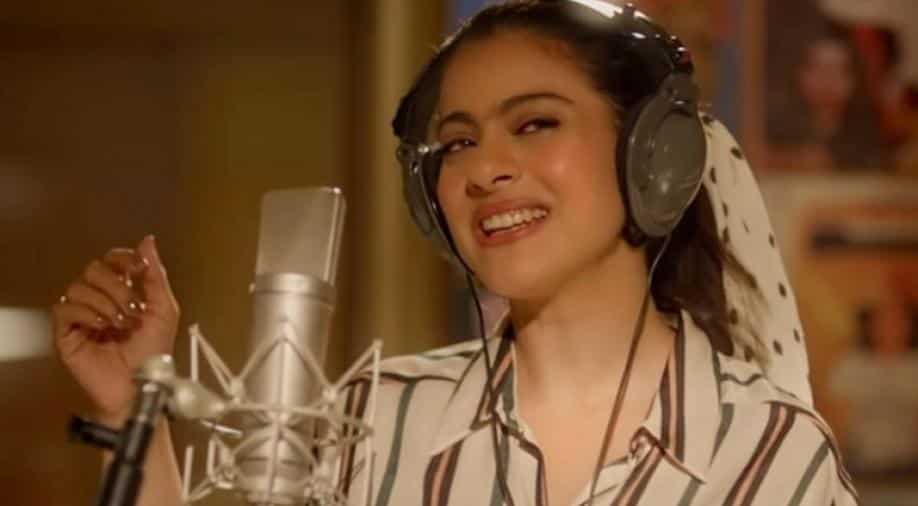 We have seen Kajol playing more well-defined characters than this one.

It is always a joy to watch Kajol on screen. The actress brings a certain freshness to the screen each time. The role that she is essaying on screen may not be always well written or defined, but the actress manages to light up the screen everytime she is on screen. In her latest, ‘Helicopter Eela’, which is her first film in three years, she is abnormally chirpy in the greater part of the film. The character is tad over the top, which only Kajol, with her unmatched charm, manages to make it look endearing.

A rising singer with a charm that impresses one and all, Eela has everything going her for till she decides to get married to Arun (Tota RoyChowdhury) – the writer of her songs and start a family. The initial few years are rosy until one day Arun decides to walk out the familial bliss and Eala becomes an overprotective mother who is a bit too hyper about her child’s well-being, In the present day, Eela and her teenage son Vivan (Riddhi Sen) share a special bond. While Eela hovers around the teenager a bit too much, Vivan craves for space and less involvement of his mother in his day to day life.

We have all known such parents in our lives. If not our own, we have seen people deal with their overprotective parents. From fussing a bit too much on what the child would eat every day to trying too hard to be their friend and thereby having an idea of their friends and whereabouts at all point of time- Eelas are far too many in this world, especially in India where the concept of privacy of your child is basically farce. So, on many levels, Pradeep Sircar’s film hits home. You get Vivan’s frustration when his mother befriends his gang but at the same time, you also understand Eela’s overprotective behaviour because her son is the only man who has not left her and she can never have enough of him.

While the intent of the film is genuine, it is the execution that falters. The reason for Arun’s departure from Eala’s life seems too flaky. She never tries to find out later if he is at all alive or dead. The climax of the film is overtly dramatic and absolutely far-fetched. Then there are problems with the screenplay itself.  The struggles of raising a child alone is tough but Eela makes it look like a cakewalk.

Above all, the film appears to superfluous thereby numbing the impact of Eela and her struggles in life.

Since it is produced by Ajay Devgn, a lot of Bollywood stars have cameos in it. From Ila Arun to Baba Sehgal to Mahesh Bhatt to Amitabh Bachchan- all play themselves in the film. The story ultimately is about Eela and her son and formidable actors like Kajol and Riddhi Sen infuse life into the two characters. They are good in their craft, especially 19-year-old National Award winner Sen who in his Bollywood debut delivers a very assured performance. It isn’t easy to match up to Kajol’s screen presence but Sen, who is a known face in Bengali cinema, appears to be a confident performer making Vivaan believable. Kajol shines mostly throughout the film. But in the flashback scenes, where she is playing a girl in her 20s, she sometimes appears to be trying too hard. But then its Kajol, and her over the top performance in those scenes can be overlooked simply because she brights up the screen.

‘Helicopter Eela’, despite good acting, suffers from a flaky story. It is well-intended, but the execution seems half-hearted with too many unnecessary dramatic moments marring the story to a great extent. At a time when films like 'Tumhari Sullu', 'English Vinglish', and 'Nil Battey Sannata' have already been made with middle-aged women as the central character, you expect 'Helicopter Eela' to be that impactful especially because the film has good performers but 'Helicopter Eela' is too synthetic in its approach towards the story which ultimately lets the film down.