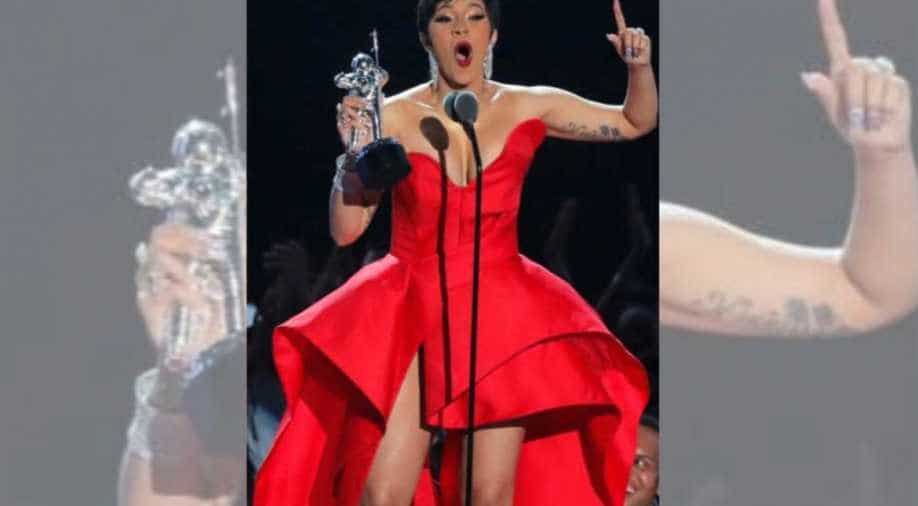 Apparently, Cardi faced severe backlash for the Grammy as most social media users felt that she did not deserve it.

Rapper Cardi B has now quit Instagram in what might come as a shock as the singer recently was on a high post-winning a Grammy for her album ‘Invasion of Piracy’. She created history at the Grammys as she became the first solo female artist to win best rap album at the 2019 Grammy Awards.

Apparently, Cardi faced severe backlash for the Grammy as most social media users felt it was not a deserved win. Many went to her social media profile and criticised her for the win.

In Pictures: Dolly Parton to Lady Gaga, here are some of the best moments of Grammy 2019 performances

In response to the same, Cardi slammed the Twitterati and ended up deleting her account. Before deleting the account, she posted a video in which she slammed and people and says: "It's not my style for people to put other people down to uplift somebody else, that's not my style and that's not what I'm with and I don't support that.”

The ‘Bodak Yellow’ rapper defended her win and said that it takes a lot of effort to win a Grammy and that she put her soul into making music. She said, “I remember last year when I didn't win for 'Bodak Yellow', everybody was like, 'Cardi got snubbed, Cardi got snubbed'. Now this year's a f***ing problem? My album went two-time platinum. And every chart that there was, my album was always top 10. Number one album as well. "I f***ing worked my a** off, locked myself in the studio for three months... then went to sleep in my own bed, sometimes for four days straight, pregnant. Some songs couldn't even get on the f***ing album because my nose was so f***ing stuffy from my pregnancy….”