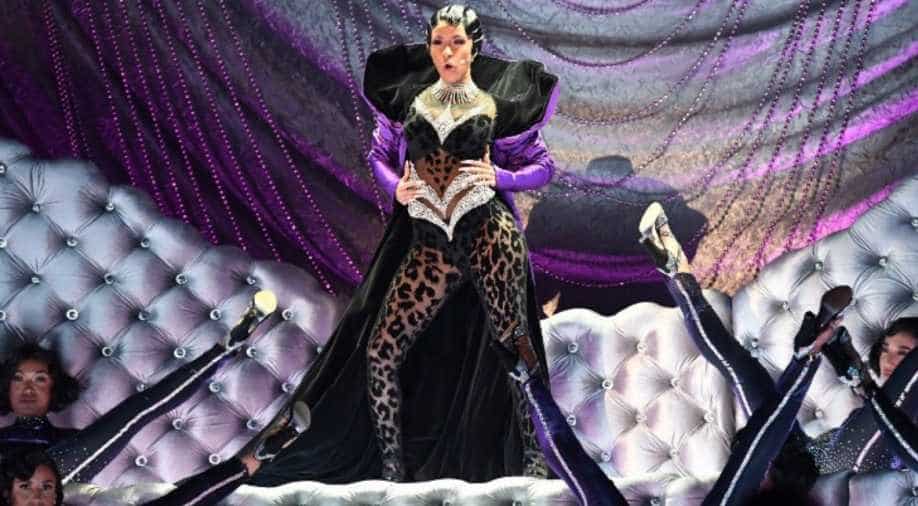 Cardi B created history on Sunday night at the Grammys as she became the first solo female artist to win best rap album at the 2019 Grammy Awards.
The 26-year-old rapper took home the award for her 2018 album ‘Invasion of Privacy'.

The ‘Bodak Yellow’ singer beat out fellow nominees Nipsey Hussle, Pusha T, Travis Scott and the late Mac Miller, who passed away in September 2018.
Cardi took to the stage with her beau Offset and got emotional while talking about her pregnancy and daughter Kulture Kiari Cephus."My nerves are so bad! Maybe I need to start smoking weed," an emotional Cardi B joked when she took the stage. Here is the complete list of winners.

The singer got teary-eyed as she went through her list of thanks, pausing when she mentioned her daughter.“I`m not just saying thank you because she`s my daughter. When I found out I was pregnant, my album was not complete. We were like, `We have to get this album done so I can shoot these videos while I`m still not showing.` And it was very long nights,” she explained.

An overwhelmed Cardi got sentimental thanking all the artists who collaborated with her on her album and also thanked her husband for pushing her to finish.During the award ceremony, the rapper performed her hit single ‘Money’. Check out photos of the award ceremony here.

Cardi was also nominated for best record, best pop duo/group performance, best rap performance and producer of the year at the 2019 Grammys.

The pair welcomed Kulture together in July 2018. ‘Invasion of Privacy’, which released on April 6, debuted at No. 1 on the Billboard charts.

While Cardi’s is the first woman to win the award for a solo act, Lauryn Hill did win best rap album as part of hip-hop group ‘Fugees’ in 1997, reported Variety.The 2019 Grammy Awards are being hosted by Alicia Keys.