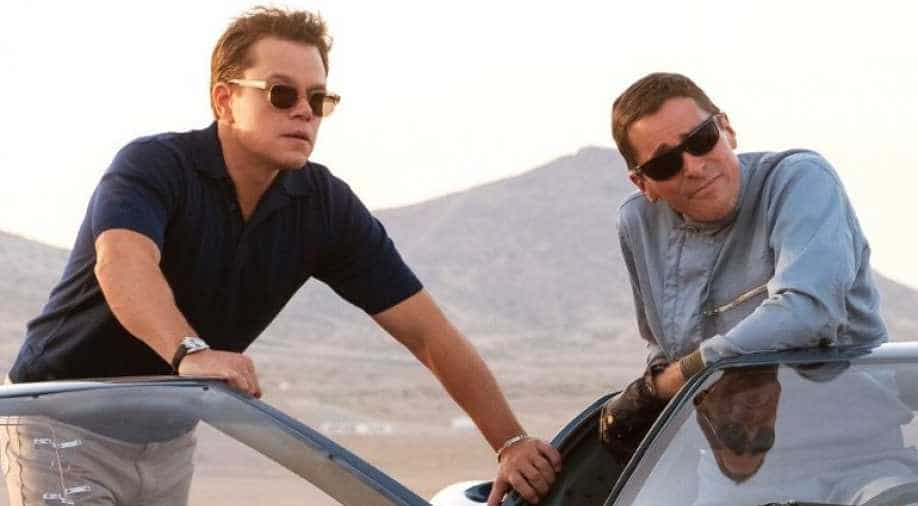 There is something for everyone. It is a story of beating the odds, working hard to make your dreams come true, a story of teamwork and sportsman spirit and of a son who idolizes his father.

Who doesn't like a story of an underdog? There is always so much to root for in such a film and when you club an underdog story with moto racing- the experience is bound to give you an adrenaline rush. Which is exactly what director James Mangold's film 'Ford V Ferrari' does.

The film based on an actual incident in 1966 when Ford had the audacious dream to surpass reigning champ Ferrari at the prestigious 24 hours Le Mans championship in France. This at a time when Ford sales were at an all-time low.

As they bring car engineer Carroll Shelby on board to design the fastest racing car, Shelby puts together the best team and creates a car that not just changes the history of moto racing but also the fortunes of Ford. Shelby, in turn, brings in Ken Miles, a war veteran and a professional race car driver who may know his job but is too brash for everyone's liking. And while Shelby and Miles dream big, officials at Ford want Miles out as they feel his behaviour may cost the company the tournament and tarnish their image.

Writers Jez Butterworth, John-Henry Butterworth, Jason Keller deliver an entertaining, gripping story that keeps the viewers hooked. Though the film takes an unusually long time to establish itself, the bromance, the racing sequences, and the 1960s America is well depicted in the film. Perhaps to justify the title, the film spends too much time giving a back story of how Ford initially wanted a tie-up with Ferrari and when the deal fell through, they decided to compete at the racing circuit.

The film is propelled by great acting. Lead actors Matt Damon and Christian Bale are known for their acting prowess and have proved their talent in several films before. Bale always manages to transform himself physically for each of the characters he plays and this film is no different. He looks and behaves as the jaded, feisty rather cynical race car driver who has too much pride and less work. Damon, on the other hand, has an easier role to play yet manages to stand out - complete with southern accent and mannerisms. It's great to watch their bromance on-screen as they complement each other well.

The other high point of the film is the racing sequences which give you an adrenaline rush. Shot superbly by cinematographer Phedon Papamichael, the racing sequences look real and are supremely entertaining. You may or may not be motor racing enthusiast but you will find yourself hooked till the end.

There is something for everyone. It is a story of beating the odds, working hard to make your dreams come true, a story of teamwork and sportsman spirit and of a son who idolizes his father.

Despite its length, 'Ford v Ferrari' is a breezy ride. It mostly keeps up the pace, shows off some incredible moments of a moto racing championship, and has amazing sports cars on display. The performances just act as the icing.